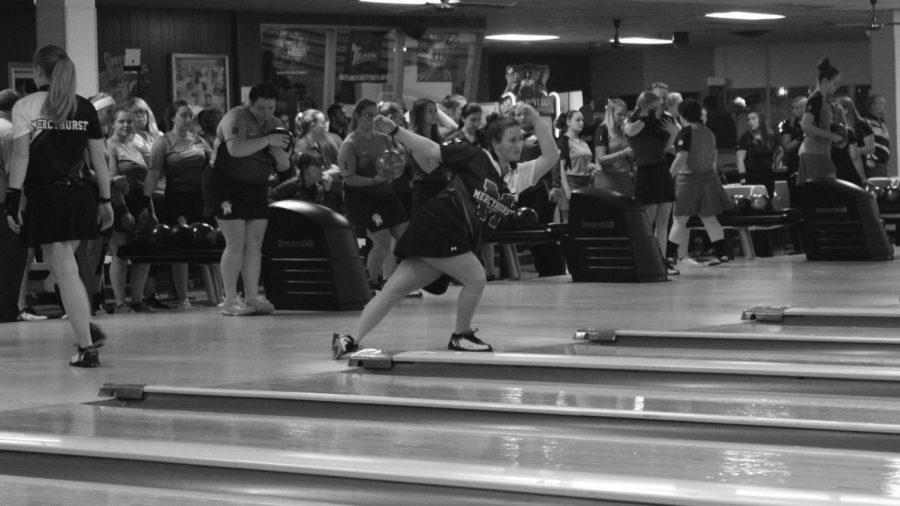 The Women’s bowling team competed in their first official tournament of the year on Feb. 6 and 7. Making the trip down to Harrogate, Tennessee to par-ticipate in the Railsplitter Classic, the Lakers were able to come out with an impressive third place fin-ish out of the eight teams in at-tendance.

On the first day of the qualify-ing rounds, the Lakers were unsuc-cessful in their opening matches against both Alabama-Birming-ham and Tusculum.

The team was able to bounce back for victories against both Kentucky-Wesleyan 969-787 followed by a score 842-720 against Belmont Abbey. The team dropped their last game of the day to Kentucky-Wesleyan 852-904.

The Lakers continued into the second day of qualifiers on Sat-urday where the team once again went 2-3 in their matches.

Finishing out the qualifiers, sophomore Samantha Strebel led the Lakers with a 184.4 average. The team finished the qualifying round standing in sixth place.

The team stepped up to com-pete for the playoff bracket on Sunday, entering as the sixth seed but rounding out the event with a memorable third place finish.

With the first match against Valparaiso, the Lakers went four-one in the best-of-seven after dropping only the first game.

The Lakers had an off start against Kentucky Wesleyan for the second matchup.

The team dropped the first three games before making an impressive comeback going four games straight. The final matchup of the day was against Tusculum University, where the team took four of the six games played.

In just their second year, the Railsplitter Classic was a great op-portunity for the eight athletes on the team to get more experience at the collegiate level.