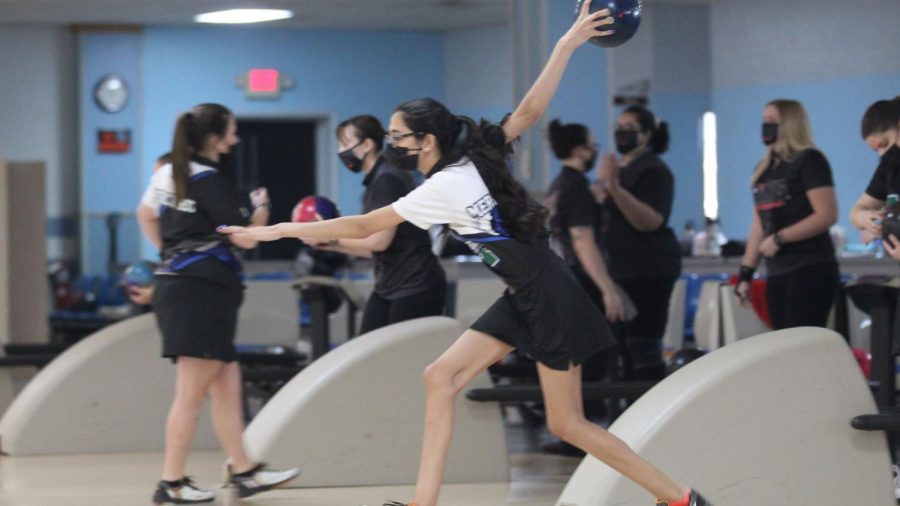 Mercyhurst Women’s bowling had their first dual match of the year this past week against D’You-ville College. The Lakers hosted their first ever home match at Rolling Meadow Lanes on Sunday Feb. 14.

The dual match was added to the Laker Calendar just days prior on Feb. 10. Adding the event gave the athletes an opportunity to build more momentum into their season, with a third place finish at the Rail Splitter Classic hosted by Lincoln Memorial University down in Harrogate, Tennessee the week prior.

The athletes were thrilled to be experiencing their first ever home game. “Hosting for the first time at our home center Rolling Mead-ow Lanes was awesome,” said right-handed sophomore Samantha Strebel. “It would have been that much better if we could’ve had our local bowling fans there to watch, but nonetheless it was still cool to have matches here for the first time, and come out with the victory!”

The Lakers did not drop a single game in the matchup, taking the first three traditional matches before going 4-0 in the best-of-seven Baker Series to round out the event.

In the first traditional match Mercyhurst took an 854-797 victory. This was led by an impressive 193 from Strebel.

Clouse was also named as a PPG athlete of the week for Mercyhurst following the dual meet.

The athletes enjoyed having the ability to yet again compete and gain some more victories under their belt.

“It felt great to add some more wins to our record! It was a fun lit-tle dual, and we appreciate D’Youville coming down for the matches,” Strebel said.

The Lakers currently have no planned upcoming matches but look to continue building off their success this season.