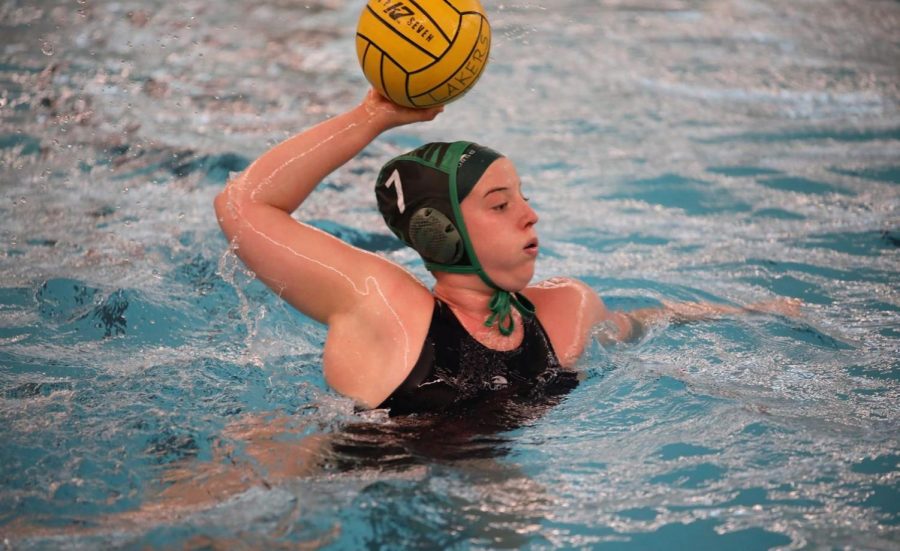 The Mercyhurst Women’s water polo team opened up their season this past weekend with impressive victories against both Wittenberg University and Grove City College. The team made the trip down to Grove City, Pa with both games taking place on Saturday.
The team added three freshmen to the roster this year alongside the 11 returning athletes. Three of the teams’ four top scorers from last season have returned this year, including Hanna Good and Maddie Nye. The Lakers return two goalies in Sarah O’Keefe and Madison Hoefakker, both of which saw playing time last season.
The first game was against Wittenberg at 4 p.m., and the Lakers were quick to start the season off right. The Lakers won the game 17-5 and saw goal contributions from seven different players on the roster.
Senior Maddie Nye led the team with five goals while juniors Sara Marin and Cassie Anderson both put up three goals respectively. Marin also contributed three assists alongside her goals. Senior goalie Sarah O’Keefe stopped ten shots through the first game while also contributing two assists offensively. Senior Rachel Morris assisted a total five goals while scoring one herself.
Mercyhurst held this aggressive attitude going into game two against Grove City College, leading to a 26-10 victory. The Lakers somehow saw even more contributions offensively this game with goals from eight different players. Both Morris and freshman Rachel Vlietstra scored four goals during the second game. This was a new career high for Morris. Hoefakker assisted on two goals this game while making her first career start in the net for the Lakers. Both Nye and Good contributed goals as well.
The team looks forward to continuing their show of success and continuing to improve throughout the season.
Their next games will be against McKendree University and Salem University this Saturday in Morgantown, WV.
The team’s upcoming schedule information can be found on hurstathletics.com