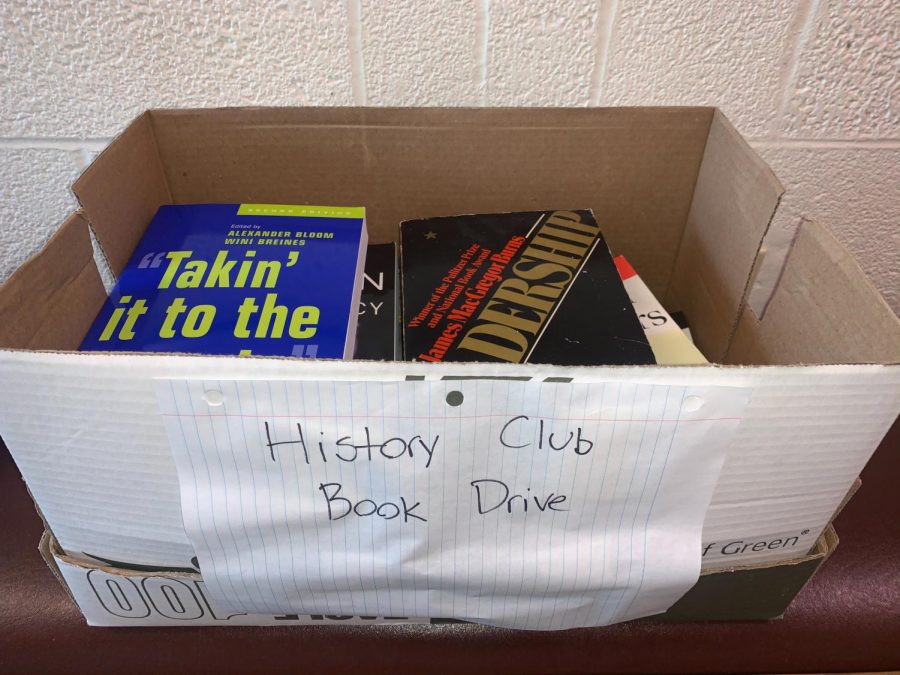 The Mercyhurst History Club has successfully completed a book drive for prisoners incarcerated across Pennsylvania. Members of the History Club and the wider History department respectively collected books for the drive, and then mailed them to prisons across the state.

Benjamin Scharff, Ph.D., chair of the History department, first organized the drive a few weeks ago when he received a letter from a regional prisoner asking for history books. In the letter, the prisoner stated his passion for history and his interest in books on specific historical topics and historiography.

Historiography is defined as the study of the methods and ways his-tory is developed and understood. The prisoner’s specific request for historiography books caught the department’s attention. Moreover, this prisoner mentioned his loneliness and increase in free time due to the pandemic, which has allowed him more time to read and dwell on the past.

“The request for historiography books struck me as unique as most laypeople do not know or use that term. This specific interest in the nuts and bolts of our field is really what motivated us to respond to the request. This was not just a request for free books, this was a request from an individual who possessed a deep desire to understand and learn the philosophical underpinnings of our field,” Scharff said.

Dr. Scharff then brought the idea for a book drive to the officers of the History Club, who were happy to help.

“We were very excited to help out. Prisoners deserve our humanity and whenever we can help, we jump at the opportunity. Books are hot commodities in prison and it is a small way that we can help these men and women during their long and typically unexciting sentences,” said History Club co-president Steven Mooradian.

The club then sent out an email to its members, encouraging them to donate any books they had to spare. A box was then placed outside of Dr. Scharff’s office, and within the following weeks, enough relevant books were collected. The shipment consisted of fifteen books, as that was the limit they were allowed to mail to the prison. The donation also included a card signed by the club officers. The club was proud of the work they accomplished.

“I believe that one of the best things about the book drive was that it showed that our department, and the people in it, truly believe in the importance and power of doing and learning history, as evidenced by our desire to help someone else do that,” said club vice president, Garrett Freas.

The club hopes to do similar drives in the future.

“I personally would love for the club to do this in the future, both with this particular prisoner and with others,” added Mooradian.

The club has also considered the possibility of doing a used book drive to raise funds for the club. The group hopes to collect old books and textbooks from students, and then sell them cheaply to either other people on campus or directly to used bookstores. They would then use the money to fund trips to museums and other sites.

“We very much like to go to museums or historical sites as a club but have simply been unable to do so this year due to the COVID-19 pandemic,” Freas added.

The history club plans on doing so again as soon as it becomes possible. Students should be on the lookout for any future book drives or sales by the History Club.