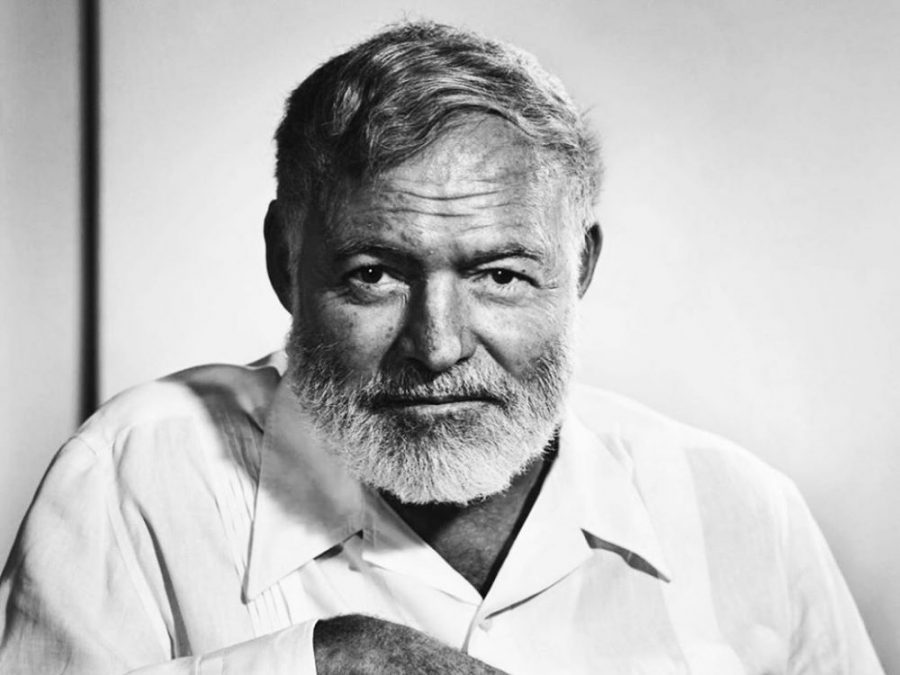 Mercyhurst’s English Department is participating in the Hemingway Creative Writing Contest, a local project looking for written work inspired by or written in the style of American writer Ernest Hemingway.

The English Department is working alongside WQLN, PBS’s local Erie branch. Mercyhurst received a grant from WQLN to help fund the contest.

English Department chair, Brian Reed, Ph.D., and dean of Hafenmeier School of Arts, Christina Riley-Brown, Ph.D., participated in the committee that organized the Hemingway writing contest. The English Department’s associate professor Greg Brown, Ph.D., was also chosen as a judge. The Contest is open to all in the Erie community and the submission deadline is May 14.

Submissions should be emailed to Hemingway@wqln.org. After the awards are announced, the winners will be invited to at-tend a local panel of literary scholars who will discuss Hemingway’s style and legacy. Writers are asked to limit their work to 4,000 words. The website notes that writers should “keep in mind ‘inspired by’ includes economy of language, grace under pressure and travel/war/outdoorsy themes.”

Winners will be acknowledged and interviewed during a “Hemingway Online Screening & Chat.” Of course, there are many other ways writers can creatively express Hemingway in their work beyond these themes. Over a forty-year career, Hemingway created a rich and diverse amount of work that writers can gain inspiration from. His most famous works include “The Old Man and The Sea,” “The Sun Also Rises,” “A Farewell To Arms,” “For Whom The Bell Tolls” and a vast library of short stories.

They usually take place in wartime, foreign lands, the wilderness or other challenging environments. His style was very unique for an American author. Hemingway wrote in a simple prose that spoke directly to the reader. He avoided the complex paragraphs and sentences filled with colons, adverbs and other literary devices that were common in his time.

Hemingway was one of the most successful and influential American writers of the 20th century. He won both a Pulitzer Prize and a Nobel Prize for Literature. Besides writing, Hemingway was known for being a war correspondent, avid traveler, fisherman and big game hunter. Many of his experiences influenced his work. Hemingway’s life was tragically ended on July 2, 1961, when he lost his lifelong battle with depression and committed suicide. He was 61 years old.

2021 marks the 60th anniversary of Hemingway’s death. PBS is celebrating his life throughout the spring. Besides writing contests, PBS also sponsored virtual talks and roundtable discussions nationally to celebrate Hemingway. Acclaimed documentarians Ken Burns and Lynn Novick created “Hemingway: A Film,” a three part, six hour documentary series about Hemingway’s life for PBS. The series will premiere on April 5, 2021. WQLN will also host a free on-line screening of the film.

Students who wish to inquire further into the contest should contact the English Department, or check the contest website at wqln.org/community/hemingway.