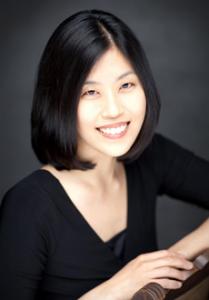 Shirleyyoo.com photo“Dr. Yoo’s recital was the perfect showcase for how incredibly talented the Mercyhurst music faculty is. Her performance was flawless,” said Lynn Dula, post-baccalaureate.

Jaws dropped and eyes widened throughout the piano performance in the almost packed house at the Walker Recital Hall on Thursday when Shirley Yoo, Doctor of Music Arts, showed us all what mastery of an instrument truly sounded like.

The Washington Post stated that Yoo is a pianist that has “extraordinary sensitivity and technical skill.”

Yoo graduated with a Bachelor of Arts degree from John Hopkins University and later received her Master of Music degree at the University of Maryland.

After attending the Royal Academy of Music, she earned her Doctor of Musical Arts degree from the Peabody Conservatory.

She is a founding member of the Annapolis chamber players and the League of the Unsound Sound (LotUS), which is dedicated to performing contemporary and experimental music.

Yoo is now assistant professor of piano at Mercyhurst, and couldn’t be luckier to have such paragon of music as an educator of the Mercyhurst student body.

According to Adam Ferrari, junior music education major, “She was fantastic through and through. I had to stop a second at the end and just say, we know her…she taught me.

For the music students, to be able to see the talent that their professors possess gives them a sense of respect for the people who teach them.

They see what can happen from years of hard work, dedication and practice.

What followed could only be described as the repertoire of a true master of piano, such as, “In the Mists” by Leoš Janáček, “Images” composed by Claude Debussy and “Image de Moreau” written by Louis Andriessen.

This magnificent recital was topped off by an absolutely breathtaking Beethoven Sonata, op. 57 (“Appassionata”) that left the audience speechless.

“Her performance was flawless, and she is an inspiration to all students.

“Watching her perform was an emotional experience, and the audience could definitely tell music was a passion of hers,” said sophomore music education major Marisa Jacobson after witnessing Yoo’s memorable performance.

This will certainly be a recital that will be remembered by all those who attended as one of the best they have seen or will see for years to come.