Baseball take two against Cal U 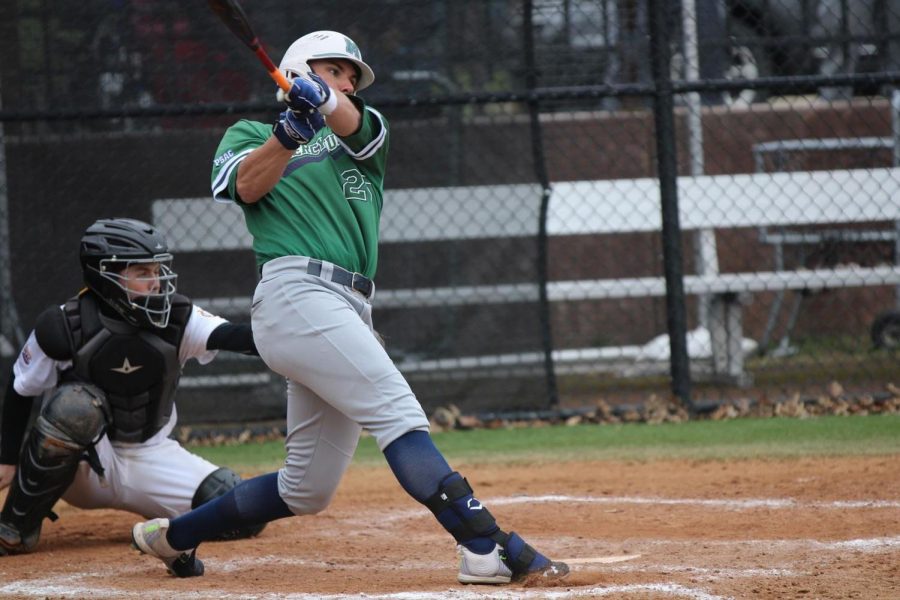 Mercyhurst baseball took two of four games against California University of Pennsylvania this past weekend. The team played two games at home on Friday, April 9 followed by two away games on Saturday, April 10.

The first game on Friday was lost 3-4. Michael McDonough started the game and struck out eight during his five innings on the mound. Tyler Zaluski led the batting with three hits during his three at-bats, getting an RBI during the first inning.
Michael Krauza and Jack Goonan made appearances on the mound for the Lakers during the late game.
The Vulcans were able to hit a three-run homer and take the game in the seventh.

For game two the Lakers stepped up offensively, winning the game 7-4. Jack Elliot had two home runs during the game while contributing four RBIs. Matthew Gibson and Phillip Ferranti both homered as well. Michael Krauza started the game on the mound, allowing only one run in 4.1 innings pitched. Frank Fraschetti closed the game for the Lakers.

On day two the Lakers lost the first game to a 6-9 score. The Lakers started off strong with two runs in the first, allowed by RBIs from both Josh Surowiec and Zaluski.

The Vulcans responded fast in the following innings, scoring five in the second and two in the third. The Lakers were able to score three in the fifth inning off of a double from Ferranti that secured two runs and a single from Suroweic that sent Ferranti home. However, the Vulcans were able to put another two on the board to secure the win.

The back-to-back doubleheaders ended on a positive note as the Lakers won the final game 4-2. Brett Whiteman started on the mound and allowed two runs off of four innings pitched. Chase Stewart closed the final three innings, allowing zero runs and putting up four strikeouts. Both Ferranti and Surowiec contributed homers in the final matchup.

The Lakers have their next matchup against Indiana University of Pennsylvania on April 16 and 17 as the team plays back-to-back doubleheaders.