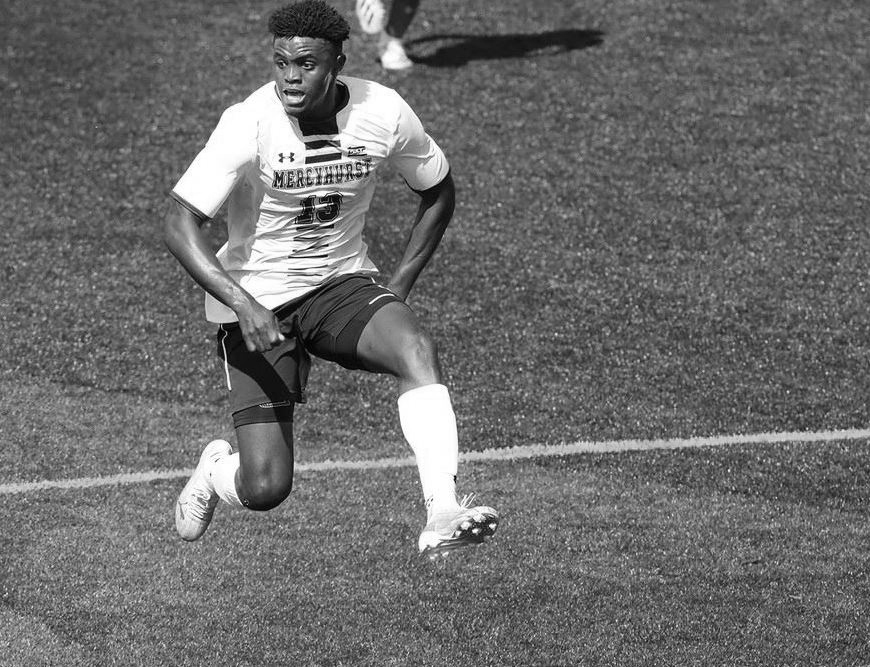 On Sept. 10, the Mercyhurst Men’s soccer team took on the University of the District of Colombia (UDC), earning their first win of the season. The game took place at the Mercyhurst Soccer Field which gave the men’s team an upper hand. By the end of the game, the final score was 4-2, Mercyhurst.

To begin the game, within the first seven minutes the UDC goalie received an early red card after he and sophomore forward Erik Cederberg collided, which then put the UDC Firebirds down a player for the rest of the game.

The Lakers did not hesitate to take advantage of this situation. Sophomore midfielder Dylan Sumner, scored his first collegiate goal as a Laker within the 17th minute of the game. Freshman defender Nic Munch earned the assist after beating two of the Firebirds defenders before he had passed the ball to Sumner.

The Lakers kept fighting, however during the 25th minute of the game the Firebirds had scored, tying the teams with one goal each. For the rest of the half, the score held at a tie because neither team could capitalize on scoring a goal.

Going into the second half, both teams held a good competitive edge. However, in the 60th minute of the game, the Firebirds took a shot from the midfield circle lifting it over the head of Mercyhurst graduate student goalie, Jonathan Gomes, to take the 2-1 lead over the Lakers.

The Lakers regrouped and a spark within the team started to show on the field. During the 64th minute of the game the men were able to tie the game at two. Sumner scoring his second of the game after receiving an excellent pass from junior midfielder, Salvador Rang, on a free kick.

Continuing to play hard, the Lakers were able to score again less than two minutes after the previous goal was scored. They took the lead as grad student and forward Nevada Elliott had scored his first collegiate goal as a Laker, receiving a lob pass from Sumner and beating the keeper to the ball at the edge of the box.

Still having more to give after this, Elliott netted his second goal of the game after receiving a pass from Munch. Elliot had made no mistakes after receiving the pass; he put it past the Firebirds keeper which then extended Mercyhurst’s lead to two.

This home game embarked many firsts for multiple individuals on the Men’s soccer team. One including the head coach, Ryan Osborne, as he made his first win as the head coach of the Mercyhurst team. Sumner and Elliot both picked up their first goals as Lakers, as well as Munch and Rang falling their first points of the season with their assists.

Coming up for the Mercyhurst Men’s soccer team, the Lakers will play two non-conference games against Shepherd and Salem next week.

Be sure to congratulate these Lakers for making many firsts and taking home their first win of the season.