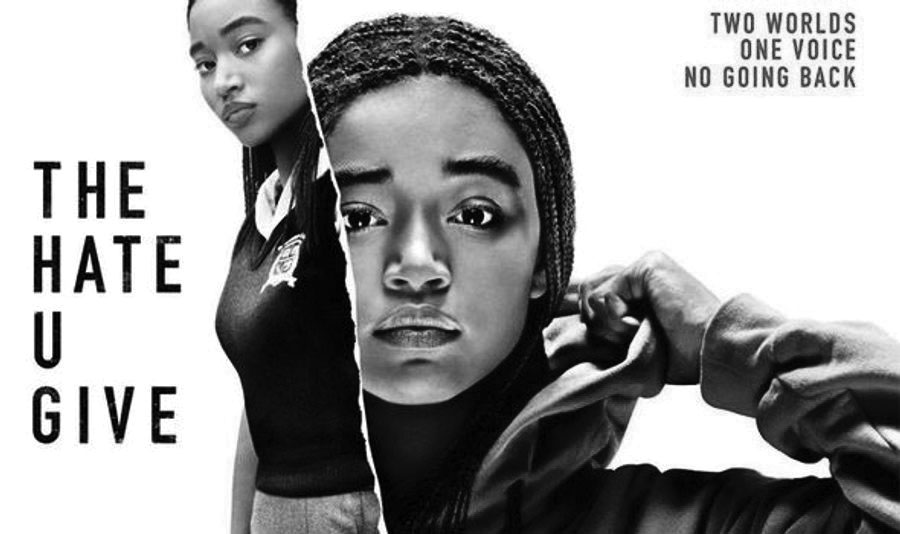 Released in theaters in 2018, “The Hate U Give” is an American drama film co-produced and directed by George  Tilman Jr. from a screenplay by Audrey Wells.

Based on the 2017 YA novel by Angie Thomas, the main character, Starr Carter, deals with the tragedy of having her childhood best friend, Khalil, wrongly shot by a police officer right in front of her after he mistakes a hairbrush for a gun.

A 16-year-old black girl, Starr and her family live in Garden Heights, a poor and predominantly black community; this is starkly contrasted by the fact that she and her siblings attend Williamson Prep, a private school situated in an affluent, predominantly white neighborhood.

With a 97 percent Rotten Tomatoes score and a 7.5/10 on IMDb, both critics and movie-goers alike felt the strong and extremely moving performances by all members of the cast. The film was also nominated for a 2019 BET Award for Best Movie.

Cinematically, the movie was extremely realistic and portrayed the realities of many people of color (PoC) living in America today. Whether it be the extremely life like protest scene near the end of the movie or more subtle hints to portray the polar opposite situations found in Starr’s life, the film masterfully captures what many PoC have to deal with.

For instance, Williamson Prep’s school colors are blue and white, and the relating scenes are lit with cool blue tones giving the scenes an almost cold, unwelcoming and unfamiliar feel.

In contrast, Starr’s family home in Garden Heights is furnished and lit with warm hues of orange and red giving it a comforting and welcoming feel to both Starr and the audience.

Throughout the movie, Starr battles internally with what she feels are two different sides of herself that she displays to others to fit into her two different worlds. “When I’m at home, I can’t be too Williamson [Prep]. When I’m here, I can’t be too Garden Heights,” says Starr. She feels that she has to compartmentalize herself into two distinct personalities that can’t coexist.

As the movie progresses, Starr also learns the power of her own voice and how she can become a “star” to others, a beacon of hope.

Named after the stars for bringing her father hope in a very dark time in his life, Starr’s name is both figurative and literal. Figuratively, Starr lights up the darkness of America’s blatant and subtle racism; literally, upon realizing her ability to use her voice as a weapon, she acts as a leader for others to follow. She illuminates the police brutality within her neighboring communities through her bravery and courage to stand up and do the right thing.

By the end of the movie, Starr learns that she can no longer separate her two different identities and must live true to herself and whom she loves and cares about. She learns to stop tolerating the microaggressions from her ex-friend Hailey and learns that there is power in her words and actions to change the injustices surrounding her.

Although no form of entertainment can truly replace how it is to live in America as a PoC, specifically as a black American, “The Hate U Give” can help to provide a deeper insight into the experiences and emotions of living in today’s society and culture.

Be sure to check in next issue to discover a new show, movie, or album that our staff loves!