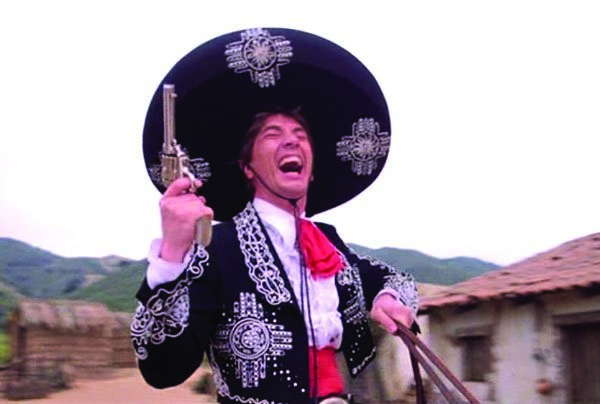 After the spring half of the 2019-20 season and the entire 2020-21 season were robbed of in-person performances due to the COVID pandemic, MIAC was finally able to return to the stage — instead of the screen, with their performances over the summer.

This year marks 25 years since the Mercyhurst Institute for Arts and Culture, or MIAC, was first established. To celebrate, a very exciting lineup that includes Ana Gasteyer, Leslie Odom Jr. and David Sedaris was announced for the 2021-22 season.

On Sept. 23, Mercyhurst and MIAC welcomed Martin Short to the D’Angelo Performing Arts Center to kick off the season.

Throughout his entire performance, Short proved to the sold-out crowd that he is a jack of all trades.

He began his performance with a musical and comedy sketch dis-cussing his early life and his relationships with other celebrities.

The next part consisted of Short discussing his time in the movie “Three Amigos,” his film debut.

He proved that he could still hold the high note for the approximately 30 seconds that the theme song lasts in the movie, then proceeded to bring in three members of the crowd and teach them the salute that the Three Amigos per-form throughout the movie.

The next skit that Short per-formed was reprising his role as Franck Eggelhoffer, a foreign and extremely flamboyant wedding planner in “Father of the Bride,” also starring Steve Martin and Diane Keaton.

While in character, Short poked fun at certain celebrities and their looks.

He jabbed at Kim Kardashian’s excessive use of makeup and when asked to show her without makeup, he showed an image of Aerosmith frontman Steven Tyler.

Similarly, when showing what Bernie Sanders would look like with makeup, Short produced an image of Steve Martin as a way to joke about his co-star and friend.

Following a time of hysterics, Short launched into another skit that had him performing as per-haps one of his most famous characters, Jiminy Glick.

This character, most prominent in the late 90s and early 2000s, was a satirical celebrity interviewer who would chat with other celebrities, often asking them embarrassing questions that would send them and the audience rolling in laughter.

This time was no exception, as Short brought in yet another member of the audience and engaged in a hilarious interview with him.

The final part of Short’s performance had him poking fun at some of the Saturday Night Live skits he had the privilege of taking part in over the years. It was a night that had audience members laughing until their insides hurt.

Whether you know him as Jack Frost from “The Santa Clause 3: The Escape Clause,” Franck Eggelhoffer from “Father of the Bride” or Ned Nederlander from “Three Amigos!” Short is guaranteed to make anyone laugh. Short was able to fill the D’Angelo Performing Arts Center with people of all different ages, proving that the MIAC performances are perfect for anyone.

If you were not able to attend this show, be sure to check out future performances. Mercyhurst students are eligible for one free ticket per show, so go to the box office and claim your ticket while you can.

The box office is open from 12 p.m. to 5 p.m. on Tuesdays, Wednesdays and Thursdays. Additionally, tickets can be bought last minute as the box office will open up 90 minutes be-fore any ticketed event. MIAC is excited to welcome the Wind Ensemble on Oct. 10 and Vanessa Williams on Oct. 22 for the upcoming performances!