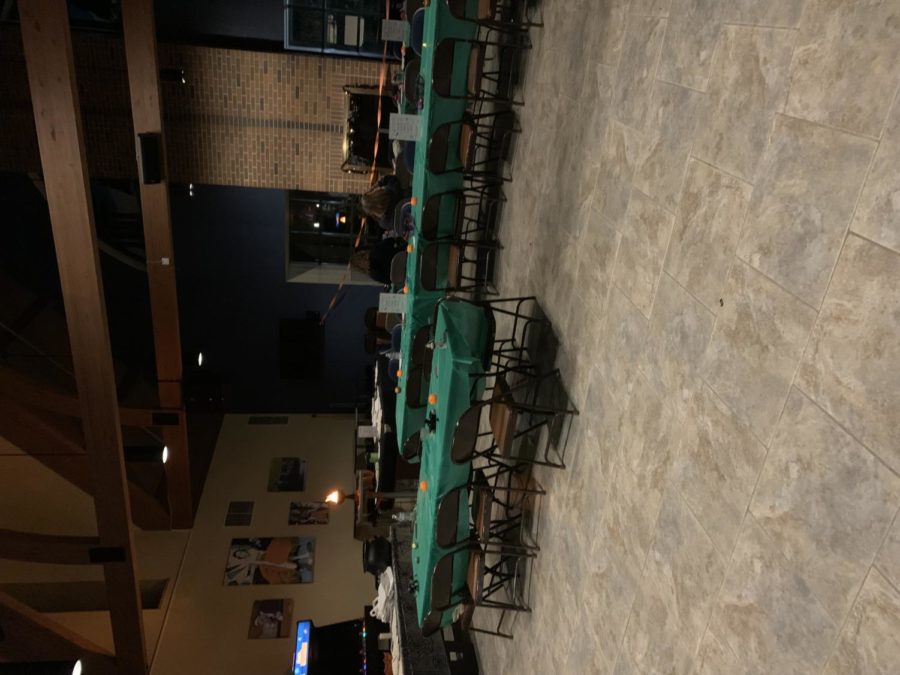 Haunted Hurst is one of the many annual campus-wide traditions which was hosted this year by the Multicultural and Student Activities Council (MAC/SAC). The event began at 6 p.m. on Oct. 30 and ran through until midnight.

Dating back to 1994-1997, the Criminal Justice Club was the first to introduce the haunted house idea on campus. In 1994, the haunted house was open for the entire weekend—from 7 p.m. to midnight on Friday and 7 to 10 p.m. on Saturday and Sunday.

Admission prices ranged from one dollar for students with a college ID, to three dollars for regular adults and one dollar for children under 12 (when accompanied by adults).

Things look a lot different today; the tour takes place in the different buildings around campus where hauntings were said to have happened, and there is no admission fee for the students who attend. It is now also hosted by MAC/SAC instead of Criminal Justice Club.

Before the event, attendees were asked to RSVP using Laker Launchpad, which directed them to a Signup Genius website where attendees could choose from tours set at 15-minute intervals.

“Although Haunted Hurst’s main organizers included Janiece Withers and Joey Franz, MAC/SAC co-chairs, people from all over campus helped to work the event. MAC/SAC programmers set up, made sure it all ran smoothly and tore it down after. Ambassadors were the tour guides for the event, and MSG Senators also helped with some setup, scaring and running of the event,” said junior Holly O’Donald, a MAC/SAC programmer.

Julia Kearns, was one student-athlete who attended the event. “[I] had a fun experience at the Haunted Hurst tours,” said Kearns.

“I went on the sensory tour where I was able to hear the spooky stories while being brought around the most haunted spots on campus,” said Kearns.

“On the non-sensory tour, it was fun. We helped each other during the tour. They read the spooky stories during the tours as the scarers did their jobs allowing for a fun night!”

MAC/SAC as well as MSG and Ambassadors collectively put great efforts into making Haunted Hurst a memorable event. In addition to the tours students could enjoy arts and crafts, food and drinks either before or after their tour.

Everyone who assisted in making the Haunted Hurst event a success deserves the highest commendation.