Men’s basketball wins at away game 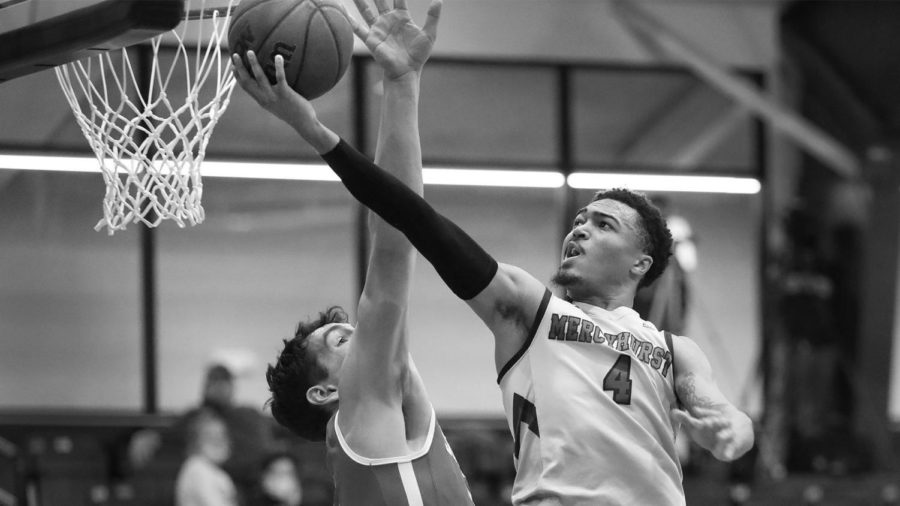 On Feb. 5, the Mercyhurst Men’s basketball team traveled to Clarion, PA, to face the Golden Eagles after taking the win against Seton Hill on Feb. 2. The first half of the game was very thrilling for the Lakers. Early on in the first half, threes were made from Steve Cannady, senior #4 from Bowie, Maryland, and MiyKah McIntosh, senior #0 from Pickering, Onterio, to start off with a 9-5 lead.

However, the scoring did not end there. The Lakers were able to use their strong attack on the court to outscore their opponent, the Clarion Golden Eagles. By the start of half time, the score was 49-26 giving the Lakers a 23-point lead. Kicking off the start of the second half, however, the Lakers started to suffer from their shooting woes, which in turn gave them the statistic of making just 25 percent of their overall shots in the final 20 minutes of the game.

Although the Golden Eagles were able to score more than the Lakers this half, having a total score of 35-22, Mercyhurst ended on top with the final score of 71-61. During the second half, the Lakers had to play hard defense in order to come out with the win, and they were able to do just that. Overall, throughout the game the top scorer among both teams was Clarion’s Gerald Jarmon who led with a total of 17 points. Cannady and McIntosh then followed with placing 15 points each on the scoreboard, and then Jess Planutis, redshirt sophomore #31 from Hazleton, Pennsylvania, scoring a total of 14 points and Aidan Reichert, freshman #32 from Jackson Center, Ohio, with a total of eight points put on the scoreboard for the Lakers.

Additionally, a play on the Lakers that stood out during this game was Pipeloluwa Ajayi, freshman #23 from Calgary, Alberta. Ajayi took control under the basket as he pulled down 12 rebounds split evenly between offensive and defensive plays. One of the players that had been mentioned, Planutis, was able to give a quote in regard to the game.

“Overall, the whole team contributed on both sides of the ball, giving a pretty balanced scoring effort and guys stepped up on defense to get stops throughout the whole game,” Planutis said.

In addition to Planutis giving a quote, McIntosh was also able to give one.

“It was a great game all around from the team. It was good to get a win on the road which is never easy, and we are feeling good right now as a whole. Jeff and Steve gave us a great push and that shows how deep our team is and anyone can have a great game anytime,” McIntosh said.

The Mercyhurst Men’s basketball team now has an overall 19-4 record for their season thus far; 13-4 of which were conference scheduled games. The Lakers also have five remaining games of the regular season, before the Pennsylvania State Athletic Conference (PSAC) Tournament.

Coming up on Wednesday, Feb. 9, the Lakers will host their rivals the Gannon Golden Knights in the newly remodeled MAC.This game will be featured locally on the CW Network, so make sure to tune in for that if you are unable to intend in person. Tipoff for this game is slated for 7:38 p.m., subject to the end of the Mercyhurst Women’s Basketball game beforehand.