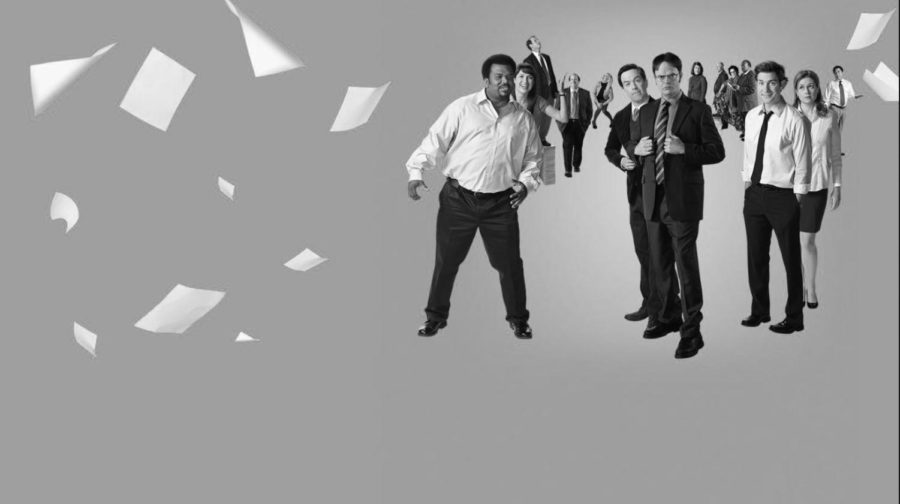 When I scroll through Netflix or Hulu looking for something to watch, the first thing my mind instantly goes to is any-thing with lots of drama and action. Ironically enough, my Hot Take is about a show that is literally neither of those things. Rather, it is a comfort show that will always hold a special place in my heart: “The Office.”

The premise of the show is a mockumentary, meaning that it is set up as if it is a documentary following the everyday lives of the employees of a failing paper company in Scranton, Pennsylvania. While the characters and stories are fictional, they are incredibly realistic in the best and cringiest ways. Some of the main cast includes Steve Carrell, John Krasinski, Jenna Fischer, Rainn Wilson and Ed Helms—the cast is too star-studded to deny.

This show ran from 2005-2013 but remains a popular fan favorite to this day. You are not likely to see a ton of action in this show, except for maybe the parkour episode. Storylines will not have you on the edge of your seat wanting to see what will happen next. It is a low-stakes, light-hearted comedy minus the obnoxious laugh track. However, although the show is made to be a comedy, what I like best about the show is that all of the characters are realistic enough to be people you would encounter in everyday life, and every character brings value to the show.

There is no such thing as a background character when it comes to “The Office.” Each character has something to bring to the table and each has a unique storyline that viewers have the opportunity to see through to the end. Some of the main characters include the eccentric yet lovable boss, Michael Scott; the quirky assistant to the regional manager (who will remind you whenever he gets the chance to), Dwight Schrute; the prank-loving salesman, Jim Halpert; and the sweet and slightly shy receptionist, Pam Beasley.

Though these characters could be considered main characters because they get the most screen time, there are several other characters that make up the rest of the cast, each with their own unique quirks and show highlights. In addition to the comedic value that the show has to offer, the show has its equal share of moments that are wholesome, satisfying and even awkward in a relatable way. Viewers get to see romantic relationships blossom in the lives of employees as well as crucial moments in the lives of characters, whether they are at their best or at their worst.

I would say that one of the most satisfying parts of the show is the fact that viewers are able to watch the characters as they grow and change throughout the series. The show brings humor to everyday life in a way that is somewhat unusual. When you think of a show based on a workplace, you are likely to think of an intense job such as an ER doctor or a detective rather than a small-town office employee. The show does a great job of showing the beauty of everyday life in a job that any average person might find themselves working.

In addition to watching the show itself, I like that this show also provides a large fan community online that is still going strong even though the show ended nearly a decade ago. Popular today are also podcasts such as “The Office Ladies” and “The Office Deep Dive,” which are hosted by former cast members of the show and offer behind-the-scenes takes from the show, exclusive information and secrets from the show and more. Sometimes the breakdowns of the episodes are just as interesting as watching an actual episode.

I highly recommend this show to anybody that is looking for a new comfort show that shockingly has yet to watch this classic. It is a perfect show to watch while studying, before bed or just any time that you want to watch something that doesn’t involve too much thinking. Make sure to check it out!