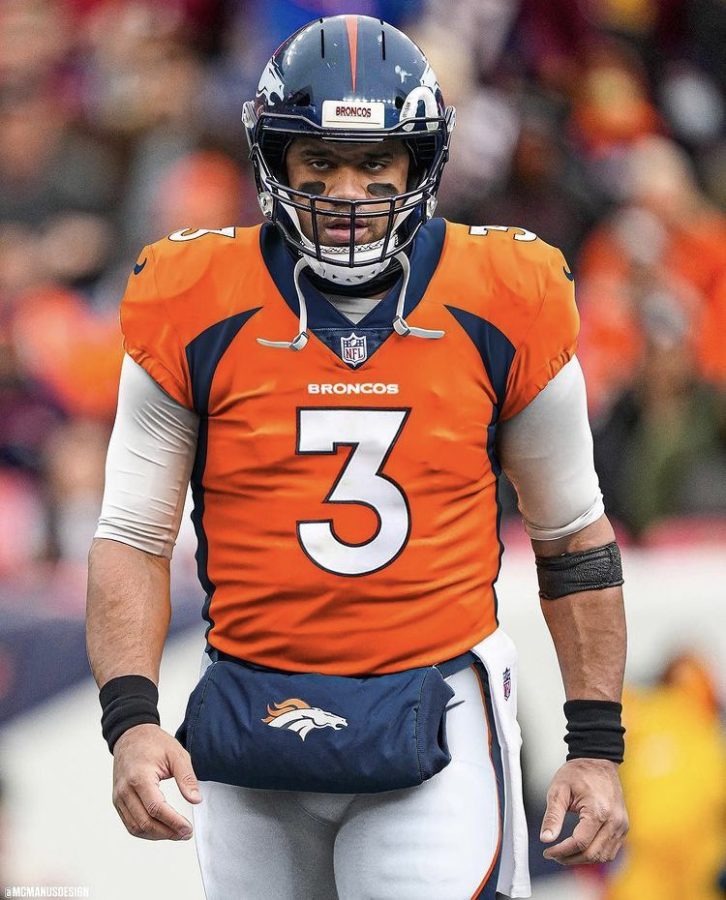 It has been the offseason for the National Football League since February, which means it is time for trades, contract extensions and player free agents. Some teams have been facing some changes in the offseason while others are making no attempt to release or trade their top players.

There have been many announcements regarding some of the best quarterbacks in the NFL. The biggest trade to happen so far in the offseason involves Seattle Seahawks’s quarterback Russell Wilson. It was announced on March 8 that Wilson will no longer be a Seahawk. This has been one of the most impactful trades this offseason due to the amount of players and draft picks.

The Seattle Seahawks decided to trade with the Denver Broncos, which means Wilson will now be a Bronco in the upcoming 2022-2023 NFL season. Because of this trade, the Seahawks will be gaining Broncos quarterback Drew Lock, tight end Noah Fant, defensive end Shelby Harris, two first-round draft picks, two second-round draft picks, and one fifth round draft pick.

The Bronco’s will be receiving quarterback Russell Wilson, and one fourth round draft pick. The trade seems to be in better favor for the Seahawks however, the Broncos will be gaining a top quarterback for an addition to their team. As of now, the Denver Broncos will have Russel Wilson as their quarterback and wide receiver’s Courtland Sutton, Jerry Jeudy, Tim Patrick, and K.J. Hamler.

Their running backs will consist of twenty-one year old Javante Williams, and Melvin Gordon. The Seattle Seahawks will now have Drew Lock as their quarterback who will be throwing to wide receiver’s Tyler Lockett, DK Metcalf, Freddie Swain, and now tight end Noah Fant. Not only did the Seattle Seahawks make changes to their team with the Denver trade, but they also released linebacker Bobby Wagner. Wagner has been a part of the Seattle Seahawks organization for ten years and is also an eight-time Pro Bowler.

The AFC West will be powerful this upcoming NFL season. The AFC West consists of the Los Angeles Chargers, Kansas City Chiefs, Los Vegas Raiders, and the Denver Broncos. Each of these four teams has a top quarterback; such as Justin Herbert, Patrick Mahomes, Dereck Carr, and now Russell Wilson. It will be interesting to see how this trade will affect both Seattle and Denver this season.

Another quarterback that has been in question of returning was Green Bay Packer Aaron Rogers. However, the cheese head fandom will be happy to hear it is likely he will continue to be a Packer. The Packers organization has given top quarterback Rogers a four-year contract for $200 billion.

Rogers has agreed to this contract but it has yet to be signed. If this contract goes through, Rogers will be the highest paid player in NFL history. It is very likely that Rogers will sign the contract and continue his career representing the green and yellow nation.

Not only did Russell Wilson recently get traded, but so did the Indianapolis Colts quarterback Carson Wentz. The Colts organization decided to trade Wentz to the Washington Commanders. Wentz will now be throwing the ball to wide receivers Terry McLurin and Curtis Samuel. Along with tight end Logan Thomas. However Wentz will be facing his old team the Indianapolis Colts during the upcoming 2022-2023 season. Russel Wilson will be facing the Seattle Seahawks as well.

The National Football League has been announcing major changes regarding quarterbacks however, Dallas Cowboys’ top wide receiver Amari Cooper will now be playing in the Dawg Pound. The Cowboys traded Amari Cooper to the Cleveland Browns for a fourth round draft pick. In addition to this trade, the Browns decided to release wide receiver Jarvis Landry.

The offseason is always a time for trades and contract extensions for players, and this season was no exception. It will be interesting to watch all the players adapt to the new team and stadium as training camp approaches.