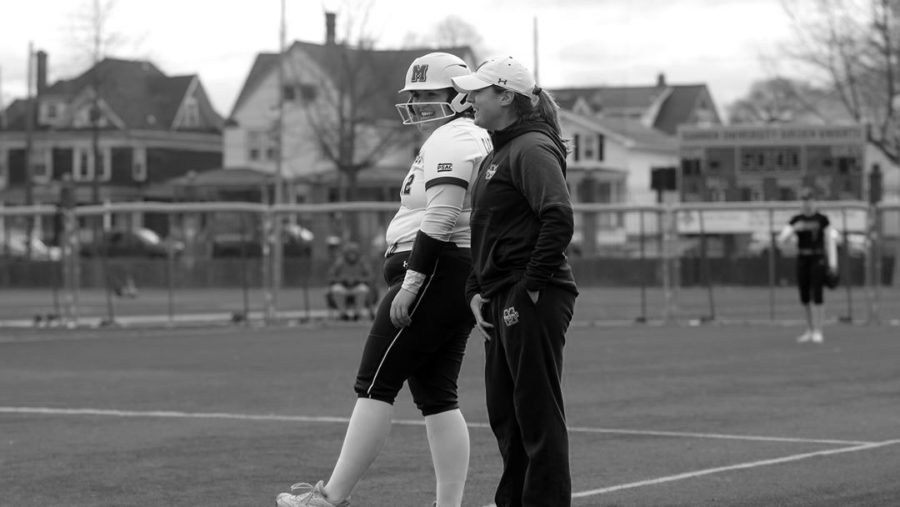 The Mercyhurst softball team has done incredibly well this season, coming to a 15-6 overall record. The MU softball team traveled down state street on March 24, to take on the rival Gannon Golden Knights in a two-game series.

Mikaela Schramski started the game on the mound for the Lakers and did well, going 3.2 innings and allowed four runs on six hits. Kaitlin Hoffner came in for relief and dominated by throwing 2.1 shutout innings. She took care of business by striking out one batter and causing six groundouts.

Schramski was unfortunately given the loss in her start which brought her to 8-3 on the season.

In game one, Cheynne Hindman, Dejidas, Marisa Cartellone and Sarah Koscho all went 1-3 in the box. Hindman and Dejidas both scored runs while Dejidas had two RBIs.

The game ended in a 2-1 victory for the Lakers. Morgan Hilty had a brilliant start on her ninth of the season. She went all seven innings, allowing only a single run on five hits with two walks. She also struck out four batters while forcing 11 ground balls outs.

Hilty’s win brought her to a 6-3 total on the season. Kacie Irwin went 2-3 in the second game while Cartellone and Rozanski both went 1-3. Rozanski scored a run while Cartellone had an RBI. The field-ing went well for the Lakers with there only being one error between both games.

“Splitting a game series with Gannon is a big win, they are a great team and every time we play you can count on it being a tight game,” Dejidas said of the two games.

“Bouncing back after losing a close game one just shows what type of team we are. We are looking good as a team right now and I’m excited for what the sea-son has in store for us.”

The Laker softball team’s next games are a doubleheader against Slippery Rock on Saturday, April 2.