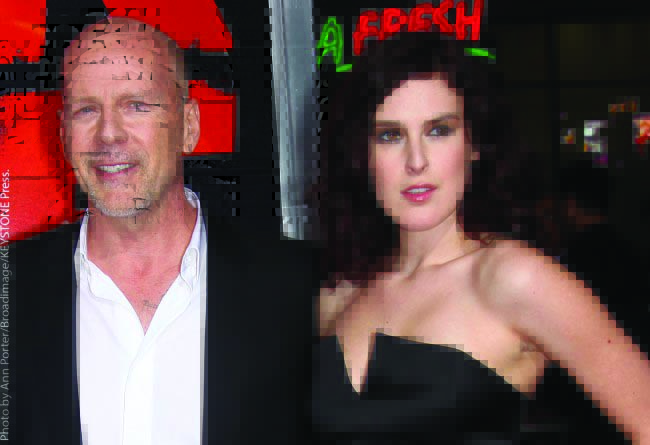 Over the past week, more and more articles have surfaced discussing Hollywood icon Bruce Willis. Willis is arguably one of the most famous actors of his generation, starring in hits such as “The Sixth Sense,” “Die Hard” and even the cartoon movie “Over the Hedge.” Willis’ career has spanned decades, and his latest announcement shook the film industry and viewers alike.

Willis’ family has come forward with his aphasia diagnosis as it has gotten to the point that he cannot continue hiding it. Aphasia is a condition usually resulting from a stroke or head trauma. The result is an inability to understand or formulate language. The afflicted person essentially loses the ability to communicate. For obvious reasons, this is an incredibly difficult condition to have as an actor whose entire job is memorizing and reciting lines. “As a result of this and with much consideration, Bruce is stepping away from the career that has meant so much to him,” his family stated. The news of his retirement is undeniably shocking but entirely understandable.

Many actors that have worked with Willis over the past few years have since admitted to noticing signs of his decline. Scripts were changed to ensure Willis had fewer and fewer lines. His lines were then fed to him through an earpiece as he could no longer retain them naturally. The biggest issue that has arisen in the midst of this allegedly occurred about two years ago when Willis misfired a prop gun on set. While this may seem insignificant as it was a prop rather than a real firearm, this mistake could have seriously hurt someone. As seen in the incident with Alec Baldwin just a few months ago, prop guns can be incredibly dangerous and even kill people. Following this incident, it is clear that this is a problem regarding both Willis’ safety and the safety of those around him.

People within the industry have seen first-hand how changed Willis is from the man he used to be since his diagnosis. While filmmakers did not want to discriminate against Willis, they also did not want to fail him after such a successful career. He is a respected and accomplished actor, and no one wanted his current issues to affect his public perception .His condition got to the point where it was difficult at best to ignore, and Willis simply seemed like a different person. Filmmakers did not want to put him in movies and have him look bad, so some of them had to make the difficult choice of ending their professional relationship. This may or may not have led to the eventual announcement of his retirement, but it seems to be the best course of action for both Willis and his family.

Aphasia attacked the part of Willis’ life that made him who he is. It is impossible to imagine the impact that this is having on him and those around him. While actors often share large parts of their personal lives with the public, situations like these make the public wonder what else is being concealed in Hollywood. It appears as though a large portion of the industry knew of Willis’ condition while the public had no knowledge of it. For this reason, the public needs to be more understanding and empathetic towards actors. No one really knows what is going on in their lives, and that should be respected.