Hurst Hot Take: “Reminders of Him” 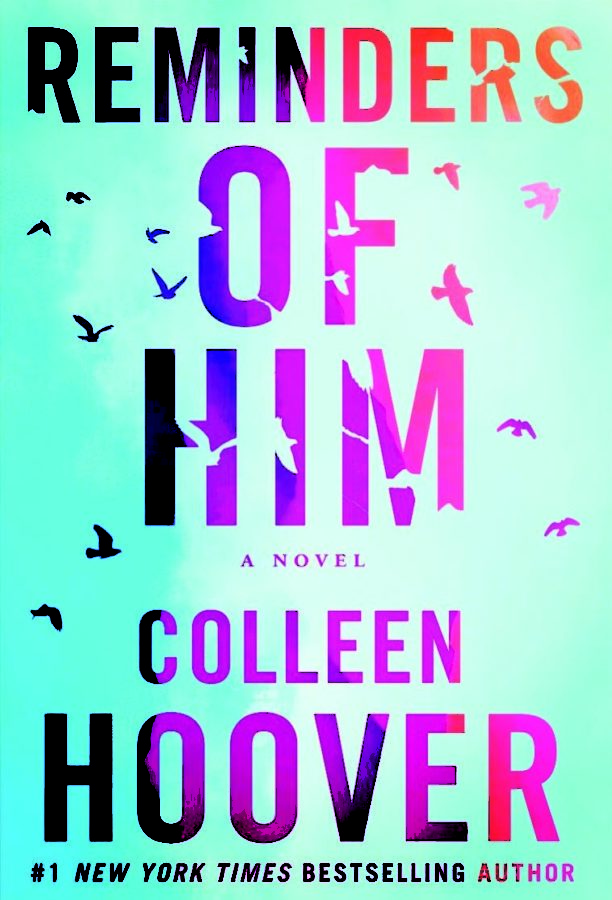 Advising Day provided me the opportunity to do something I rarely get to do doing the semester: read for leisure. I read the book “Reminders of Him” by Colleen Hoover. It is one of her newer books and was highly recommended to me by my close friend, Elizabeth Bair.

The book follows Kenna Rowan, a woman who spent five years in prison prior to being released. Rowan was charged with murdering her boyfriend Scotty in a car accident after she fled the scene instead of staying to help him. The book revolves around Rowan’s efforts to meet her daughter, Diem. Because Rowan was pregnant with Diem in jail, she was not able to take care of her, and she had to relinquish her parental rights to Scotty’s parents.

Rowan arrives in the town where her daughter and in-laws live in an attempt to apologize, meet Diem and hopefully become a part of her life. She knows that it will not be easy without a job or money. However, she meets a man named Ledger who offers her a job at the bar he owns. Ledger also just so happens to be Scotty’s best friend, a caretaker to Diem and a family friend to Scotty’s parents. Conflicted, Ledger does not know if he should keep helping Rowan because he knows the pain she has caused those around him. However, he can also see how hard she is doing to be a part of Diem’s life.

This book is so interesting to me because of Hoover’s descriptions and talent in writing. I found myself sympathizing with both Rowan and Scotty’s parents, and I kept wondering how their situation would resolve (or if it would at all). I read through it very quickly because I wanted to know more. I especially wanted to know what actually happened the night of the car accident. I will not spoil it here, so if you want to know what happened the night of the crash, you will have to read it as well. Hoover really pulls the reader into her book and makes them feel so many emotions.

In the book, Rowan continues to write letters to Scotty, providing him with life updates. Those letters were my favorite part of the book. At the beginning, you kind of feel unsympathetic with Rowan when you learn about what she did. As the book progresses and more and more is uncovered, you see what the truth really is.

Compared to other books written by Hoover, “Verity” for example, I found her writing styles to be similar. By this, I mean she is able to grab the reader’s attention from just the first chapter. She develops the characters to the point that you know who they are in such a short time. The details and descriptions are clear to make you feel like you are part of the book. Each book has something special to them that separates them from another, but each one still each contains Hoover’s trademarks.

The only thing I did not like about this particular book was some points felt they were included for filler purposes and were not important to the plot at all. I do, however, still recommend giving this book a read. The book can be found on any website and it can also be downloaded on a Kindle if that is your preferred way to read books. Once you start reading this book, you will not want to put it down, so keep it in your back pocket for when you need a new book to read.