Will Smith banned from Oscars 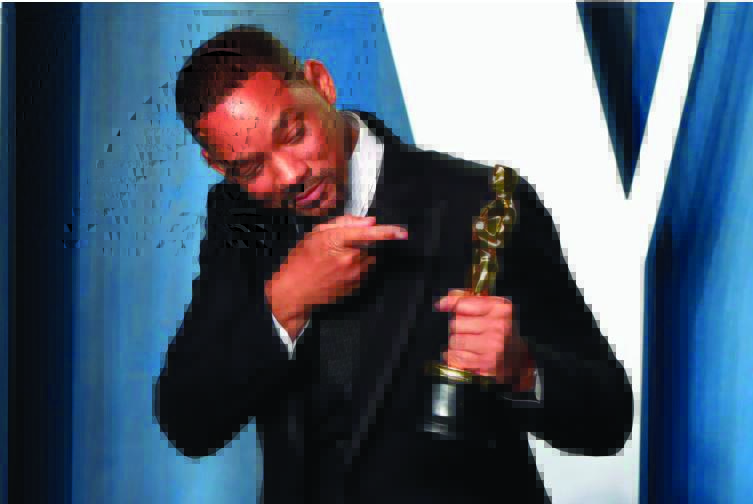 In case you missed it: this year’s Oscars ceremony has been taking over everyone’s minds lately for one reason. Tensions have been extremely high ever since Will Smith slapped Chris Rock on live television during the prestigious ceremony. Now, Smith is beginning to suffer the consequences of his actions.

He resigned from the Academy shortly after the incident, and a week later the Academy announced that Smith would be banned from all Academy events, including the Oscars, for the next 10 years. “The 94th Oscars were meant to be a celebration of the many individuals in our community who did incredible work this past year; however, those moments were overshadowed by the unacceptable and harmful behavior we saw Mr. Smith exhibit on stage,” said the Academy’s official statement.

“Today, the Board of Governors convened a meeting to discuss how best to respond to Will Smith’s actions at the Oscars, in addition to accepting his resignation. The Board has decided, for a period of 10 years from April 8, 2022, Mr. Smith shall not be permitted to attend any Academy events or programs, in person or virtually, including but not limited to the Academy Awards. This action we are taking today in response to Will Smith’s behavior is a step toward a larger goal of protecting the safety of our performers and guests, and restoring trust in the Academy. We also hope this can begin a time of healing and restoration for all involved and impacted.”

Smith only gave a simple reply in response, saying, “I accept and respect the Academy’s decision.” The Academy began official disciplinary proceedings on March 30 and originally scheduled a board meeting for April 18 to take any disciplinary actions. However, in light of Smith’s membership resignation from the Academy on April 1, Academy president David Rubin moved the meeting to April 8.

In the wake of this news, industry insiders and moviegoers still want further punishment for Smith. There have been calls for his Oscar for Best Actor in “King Richard,” which he won only 20 minutes after his assault on Chris Rock, to be revoked. In contrast, convicted criminals Harvey Weinstein and Roman Polanski, both expelled from the Oscars following their crimes, still hold on to their multiple Oscars.

The last time the Academy has taken drastic measures to uphold conduct proceedings was in 2017 in the wake of the #MeToo movement and the expulsion of Harvey Weinstein. If Smith can receive a punishment like this one, convicted criminals such as Weinstein and Polanski should be held in the same regard. Both of these two have multiple sexual assault allegations against them, many from victims who were said to be abused when they were only teenagers.

However, even though they have been expelled from the Academy, they still maintain their awarded Oscars (Weinstein has been nominated twice and won once; Polanski has five nominations and one win).It is only the right thing to do to ensure that justice is served correctly. I can only hope that Smith has learned his lesson.