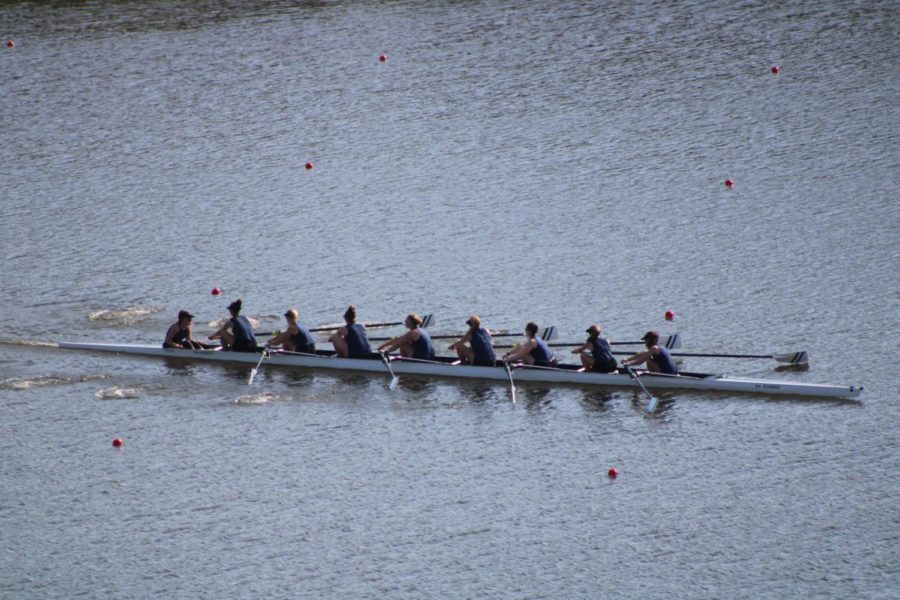 The Mercyhurst rowing team has had a very successful season this year; they even beat Harvard’s rowing team earlier this season.Their success continues as the men’s team recently won four medals at the Knecht Cup on Saturday, April 9.

Mercyhurst had five boats advance to the finals. The men’s varsity fours finished second place in the Grand Finals as they came in behind LaSalle, but defeated George Mason University, MIT, Lafayette and Virginia.In the Lakers’ second final, the women’s fours came in fourth with a time of 8:10.97 and were just .06 seconds short of coming in third behind Rhode Island.

They beat Barry and Thomas Jefferson and were defeated by Lafayette and Penn State.In the next race, the men’s fours earned first place with a time of 6:59.21. The Lakers were the only non Division I team in the race and they were able to defeat Michigan, Rhode Island, two boats from Pitt and a boat from George Mason.

In the Grand Finals of the women’s varsity eights, the Lakers had a time of 6:40.37 which earned them third place. They beat MIT, Villanova and Boston University while losing to Georgetown and Drexel.

In the final race of the day, the men’s varsity eights Grand Final, the Lakers were the only Division II boat competing. They came in second with a time of 5:53.56, which was just over a second after first place, Colgate University. The Lakers came in second and defeated MIT, Marist, Michigan and Virginia.Most recently, the Lakers competed on April 16 in Adrian, Michigan.

The women’s varsity fours earned the top seed in the preliminary round by finishing 28 seconds before the next boat and in the finals, they won by over a minute.The women’s rowing team was recently ranked the top team in the country. On April 13, it was announced that the team beat out the reigning national champion, Central Oklahoma, to take the 1st place ranking.The Lakers will compete again on May 1 in Grand Rapids, Michigan, at the Mid-America Collegiate Rowing Association Championships.