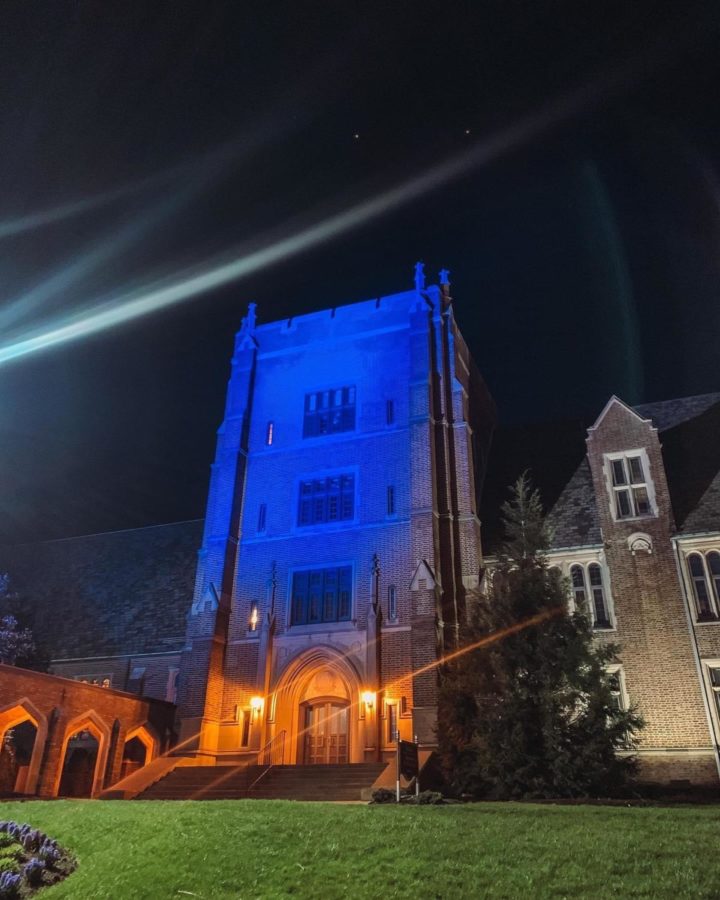 There are around 75 million people with autism in the world, according to the Centers for Disease Control and Prevention, with more than 2% of children born since 2010 being diagnosed with autism, up from 0.75% of children back in 2000. As an autistic student here at Mercyhurst University, I want to fight for autistic rights and spread awareness about it.

Mercyhurst has a program called AIM (Autism Initiative at Mercyhurst) whose mission is to facilitate and support the successful adjustment of autistic college students in all aspects of college life.

It was introduced in 2008 by Brad McGarry and has since grown to be one of the best college programs for autism in the world.

AIM has been encouraging the campus to celebrate Autism Acceptance Month throughout April. The program recently did the Northwestern PA Autism Society Walk, which happened on April 23.

Students and staff from AIM walked the track at Lake Erie Speedway and provided information to the local community about the AIM program.

The program has also taken trips to Indonesia and the Grand Canyon. I went to an AIM sponsored trip to the Grand Canyon called “Conquer the Canyon” last May, where we hiked a path that few people have ever hiked before.

Besides the trips, AIM has introduced me to new people that have showed a lot of solidarity with me and made me feel more at home. I would recommend this great program to anyone who wants to go to college and has high functioning autism.

For the month of April, Old Main lit up blue to mark Autism Acceptance Month.

Just last year, the name was changed from “Autism Awareness Month” to “Autism Acceptance Month,” to include and help autistic people develop in the community and get a sense of connection to other people, not just knowing somebody who has autism.

April 2 is known as “World Autism Awareness Day,” which has been officially recognized by the United Nations since 2008 with the goal of improving the quality of life for people with autism.

Initially, the focus of World Autism Awareness Day was to bring a cure to eliminate autism. However, in recent years, many people (including many autistic adults) just want inclusion and neurodiversity acceptance rather than a cure.

People with autism are five times more likely to get incarcerated and a fifth of autistic young adults will have an interaction with the police before they turn 21.

Autistic people also have an unemployment level of 70%, including the underemployed. Considering the labor shortages today, autistic people are a great asset, due to their special skills that can influence how people work in their careers.

I hope that we, autistic people, will continue to improve in our quality of life and rights and that we will be granted more opportunities within my lifetime.