Softball is headed to the PSAC playoffs 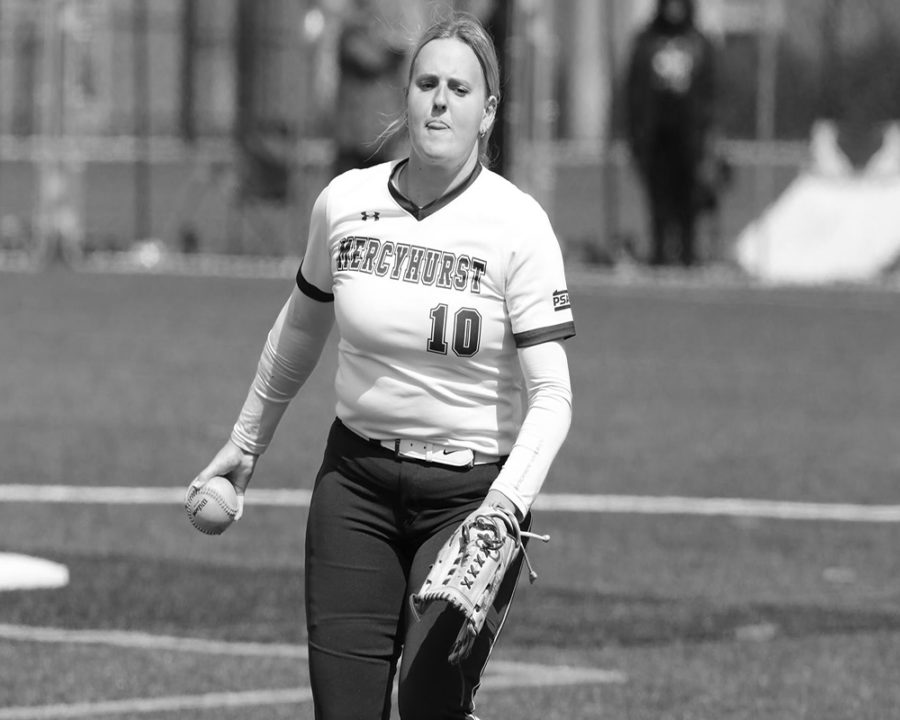 The Mercyhurst softball team is heading to the PSAC playoffs after winning back to back games against the Clarion University Golden Eagles. The team was on a nine-game streak and their triumph over Clarion pushed it to 11 games.

The softball team has been outstanding this season with only 11 losses out of 41 games. Their last double header was against Hurst rival the Gannon Golden Knights in which the Lakers won. For the last few weeks nothing has stopped them and this game against the Golden Eagles was no exception.

The first game was played on Saturday, April 30, at 1 p.m., at the Mercyhurst softball field. Neither team scored in the first inning but the Lakers stepped up in the second inning with five runs, even after suffering two outs. Sophomore Kaci Alderson earned a walk which led to the Laker’s productive inning.

Freshman Hannah Rozanski hit her third home run of the season which put Mercyhurst up 2-0.After two pitches, senior Chloe McQuestion doubled to right center which continued the dynamic energy on the field. Soon after, freshman Eliza Reynolds got a double of her own, which meant McQuestion could advance to the third play. Redshirt freshman Kacie Irwin made it to first base after receiving a walk.

Senior Cheyenne Hindman drove in McQuestion from the third with a walk which put the score up to 3-0. Later in the inning, junior Allison Dejidas singled which brought home Irwin and Reynold making the score 5-0. The Golden Eagles did not score until the fourth inning. However, the Lakers responded in the bottom of the fourth by obtaining a run increasing the score to 6-1.

In the sixth inning, the Lakers advanced their score by three. Hindman singled to junior Anna O’Green then Dejidas doubled home Reynolds and Hindman to make the score 9-2. Junior Marisa Cartellone singled home to end the game with a final score of 10-2.

The second game was played at 3 p.m. and ended with a sweep from the Lakers. Only five innings were needed due to the Lakers scoring. Graduate student Sarah Koscho started the scoring in the second inning with a single to center and second with a third after a wild pitch.

Alderson then lifted a fly ball to center which drove in Koscho. After a ground out, Rozanski singled with two outs to start a scoring streak. McQuestion got a single which put the runners on first and second base. Reynolds then doubled to left field and scored both runners.

The Lakers scored three more times in the bottom of the third which changed the score to 6-0. After a fly out, Alderson was hit by a pitch to put two runners on. In the fourth inning, the Lakers scored even more points when Alderson got a single that brought Dejidas and Reynolds in.

The Lakers celebrated a victory with a final score of 8-0. Because the Lakers have worked so hard to achieve the record they earned this season, they will now compete at the PSAC playoffs. The Lakers clinched the third seed in the West. The first game will be held on Wednesday, May 6, when they go up against Shippensburg in Quakertown, Pennsylvania. Way to go Lakers!