This week, the new Maria J. Langer Film Series will open with its premiere screening of “Good Bye (Bé Omid é Didar).” This film is a foreign drama about repression and the search for freedom.

The film chronicles the story of Noora (Lelya Zareh), a young lawyer in Tehran, Iran who had her license revoked for participating in activist schemes against the government.

Similarly, her husband was exiled to work in the desert because of his controversial profession as a political journalist. 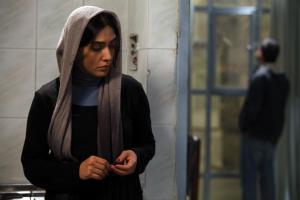 Amid a climate of strict governance and retaliation that prevails in Tehran where newspapers are forcibly closed and social activists are harassed, Noora is determined to obtain a visa and leave the country.

Noora’s struggle to leave Iran is constrained by a series of setbacks that lead her to utter isolation and frustration. Without the company of her husband, Noora is left alone to deal with a pregnancy that was initially planned as part of her exit strategy.

Furthermore, Noora faces constant menace with police officers coming to her apartment to obtain information of the whereabouts of her husband. She is forced to contain her desperation, able to tell neither her neighbors nor her mother what is happening.

“Good Bye” provides the audience a bold critique and portrait of Iran and its government’s restrictive policies under which Iranian citizens must live.

The film was written and directed by Mohammad Rasoulof and is in a way autobiographical, as the filmmaker himself was in search of a visa.

Rasoulof became victim of the Iranian legal system after he was convicted of making a film without permission and propagandizing against the regime.

He received a six-year prison sentence and was not permitted to attend the film’s Cannes premiere in the Certain Regard category.