'Money Matters' tells a story of finding an identity

This week, the Maria J. Langer Film Series will feature “Money Matters” as part of its On Screen/In Person series.

“Money Matters” is an inspirational drama directed by Ryan Richmond. It chronicles the story of Pamela Matters, a single mother, and her 14-year-old daughter, Monique Matters, as they undergo doubt and insecurity in the journey to self-discovery.

At the outset of her adolescence, Monique, referred to as “Money,” is struggling with the constraints of a dysfunctional household, a dilapidated neighborhood and a Catholic school where she feels like an outcast. 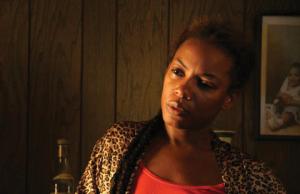 Pac.mercyhurst.edu photo: “Money Matters” will be shown in the PAC as part of the On Screen/In Person series.

The tension between Monique and Pamela intensifies as Pamela forces religion onto Monique, perhaps as a means of repenting for her own mistakes.

As turmoil and confusion continue to surround Monique, she begins to cope and express herself through poetry but keeps her writing to herself.

It is only when she befriends a girl in her neighborhood who seems to understand her that Monique confides her troubles to another person.

The film’s climax unravels when Pamela discovers she has contracted HIV. As her health rapidly deteriorates, she is inevitably forced to reveal the truth about her past and Monique’s father, whom Monique has never met.

Upon learning of her mother’s long-held secrets and illness, Monique struggles to grasp a genuine sense of identity.
It now seems that she must reconcile the relationships and circumstances surrounding her to understand the meaning of her existence.

Launched in 2011 by the Mid Atlantic Arts Foundation, On Screen/In Person is a program that brings new independent films and their filmmakers to communities across the mid-Atlantic region.

Organizations interested in serving as host sites must be selected through a competitive application process.

As a selected host site for this year’s touring groups, the Mary D’ Angelo Performing Arts Center (PAC) has the opportunity to participate in film selection and receive films for screening along with the opportunity to host the filmmakers.

Activities are conducted with the visiting filmmakers to provide greater context and appreciation for their work.

Tickets are free for students with a Mercyhurst ID.