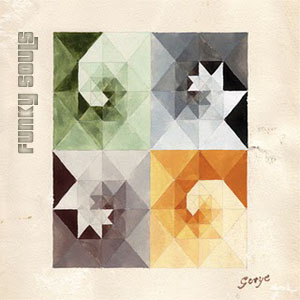 Funkysouls.com photo: Gotye takes simple pop beats and lyrics up a notch, allowing ‘Making Mirrors’ to be enjoyed start to finish.Gotye, the stage name of Walter de Backer, is back from a five-year hiatus with the release of his new album, “Making Mirrors” this past summer.

It is unique voice, though, that really gives his music character. He can easily be compared to a smooth-crooning Sting or soulful Peter Gabriel.

In fact, the album boasts a good bit of character from times past. After a brief intro, the disc starts out with a semi-psychedelic tribute to 60s pop.

“Easy Way Out” has an uncanny resemblance to the famous “Day Tripper,” playing off the Beatles’ lyric “Got a good reason/ for taking the easy way out.”

The throwback track is complete with a tambourine and 60s-style guitars.

Many of the other songs have a bit of an 80s pop motif.

“Eyes Wide Open” especially showcases this well. It is a bombastic ballad showing the cognitive dissonance of knowingly continuing down a harmful path, whether it be a lifestyle, relationship or habitual action.

While there are many other solid songs, the far-and-away best track on the album is definitely “Somebody I Used to Know,” which was featured in a dance piece from “Raw Edges” this weekend.

It does very well to capture the emotional fibers of a shattered relationship and the subsequent radioactive fallout afterwards.

The lyrics are told from both sides of the story—New Zealand’s Kimbra is featured for the female vocals.

Wally’s lyrics contemplate the pain of being abruptly “cut off” and the even greater hurt of later being “treated like a stranger.” His conclusion: “Now you’re just somebody I used to know.” It is a brilliant work that is truly the crux of the album.

The entire disc is one that can be enjoyed from start to finish. There are no weak songs throughout, and there is enough acoustic variety to dispel any notions of musical monotony.

The retro-80s and 60s themes add life and bolster the tracks making the album a very listenable one.

Gotye takes simple pop beats and lyrics up a notch with a well-constructed “Making Mirrors.”