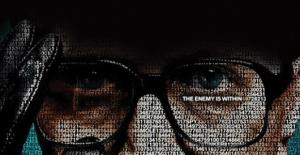 The international thriller is set in 1973 in the midst of the Cold War.

During this time, Britain’s secret intelligence service, code-named the Circus, strives to keep its nation secure, while keeping pace with other countries’ espionage schemes.

In an effort to fulfill these objectives, Control, the head of the Circus, sends agent Jim Prideaux to meet a Hungarian general who presumably holds valuable information. The operation fails, and the Hungarian intelligence team shoots Prideaux.

Following the international incident, Control and his right-hand lieutenant George Smiley are forced into retirement.

Subsequently, Control, who was already suffering from illness, dies. Meanwhile, the government commands Smiley to investigate allegations made by muckraking agent Ricki Tarr regarding the presence of a mole within the Circus who is working for the Soviets and endangering England.

Smiley’s investigative work leads him back to Prideaux, who had been repatriated and dismissed from service.
Prideaux reveals that the purpose of his mission to Hungary was to obtain the name of the mole. Smiley also learns that Control had likewise feared the infiltration of the British Intelligence by a double agent and had constructed a list of five possible suspects.

These potential suspects included Percy Alleline, the newly appointed Chief of the Circus, and his deputy Bill Haydon.

In what the Los Angeles Times calls the “great spy tale of our time,” “Tinker, Tailor, Soldier, Spy” seizes and provokes the audience’s attention in a thrilling and complex manner.

The vibrant film was directed by Tomas Alfredson, and the screenplay adaptation was written by Bridget O’Connor and Peter Straughan.