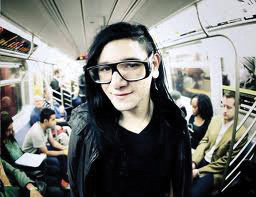 After hitting the electronic/dubstep scene in late 2010 with his “Scary Monsters and Nice Sprites” album, Skrillex has added various EPs, remixes and three Grammy Awards to his name in just more than a year.

His latest offering, “Bangarang,” acts more as an album than an EP because it contains eight solid tracks.

Even though Skrillex is known for dubstep and high profile remixes, “Bangarang” exhibits a variety of electronic styles.

In addition to dubstep, Skrillex utilizes elements of hip-hop, electro-house, orchestral motifs and even a brief sample of the Doors’ late Jim Morrison.

With so much going on, it is very admirable in the way Skrillex tames all the seemingly random sounds and weaves together complex beats.

What is even more impressive is that the EP was crafted in hotel rooms, planes and other random spots while Skrillex constantly toured worldwide.

The first track—aptly named “Right In”—throws the listener right into a heavy beat and sets the stage for what is to come. The song takes sharp turns and steep bass drops in a classic dubstep manner.

The title track “Bangarang” and “Kyoto” feature the hip-hop artist Sirah and are easily two of the best songs on the disc.

“Bangarang” is a bit of a tribute to the Lost Boys of Peter Pan. The wobble, electronic whirrs and bass lines are fantastic throughout.

“Kyoto” is even better, showcasing a Linkin Park sounding metal-rap feel mixed with dubstep elements. The production on the song is perfect as Sirah’s verses fit perfectly into the beat.

The last two tracks are more laid back, yet they do not detract from the album in any way.

“Summit” is more of a synth-house song with excellent melodies and musical flow.

The chill beat works in conjunction with Ellie Goulding’s ethereal vocals featured on the track. Topping off the EP is a suite put together by the artist Varien.

While not explicitly electronic, the song contains various orchestral reprises of previous work released by Skrillex,
including “Scary Monsters and Nice Sprites” and “The First of the Year (Equinox).”

It is quite a fitting arrangement.

While the EP as a whole is excellent, there is definitely some room for improvement. A few of the tracks become altogether too repetitive.

Skrillex could have switched the beat up or added more variety in a few places. That being said, Skillex is just getting better.

“Bangarang” ups the ante over “Scary Monsters” and sets the bar high for future albums from Skrillex.