Whether or not students attended the Spring Fest launch party in mid-February, by now most of campus is aware that Sean Kingston will be performing at Mercyhurst University’s 2012 Spring Fest.

He is performing on Friday, May 4, following the opening band, Industrial Rhythm. Tickets will be free to Mercyhurst students. His performance is among the multiple activities that will take place on May 4 and 5, following a Cinco de Mayo theme. 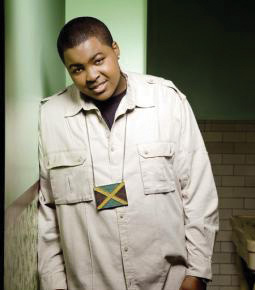 seankingston.com photo: Sean Kingston will perform at Spring Fest May 4.

Student Government Events Coordinator Shannon Kissel explains how Kingston was selected as the performer this year.

“Jenna (Dascanio, Student Activities Council chair) and I sat down and looked at our budget and a performer that was different in years past,” she said.

“We’ve had bands like the Plain White-Ts and HelloGoodbye, and when we came across Sean Kingston, we wanted to change it up and thought it was different. The timing worked great, he was free, and it fit perfectly into the budget. We’re really excited about it and thought the students would be as well.”

Even so, upon hearing the news of his performance, the student population responded with mixed reactions.

“To be honest, Sean Kingston wasn’t what I was expecting. I personally think an alternative band would be more
universally appreciated on our campus,” junior Kaylyn Stack said.

She was not the only one who expected a different genre or band.

Sophomore Brooke Miller said, “I think it’s really interesting that we’re not having a band for Spring Fest. I know a lot of people don’t like Sean Kingston because it’s not a genre everyone likes, but I think it’ll be a fun time.”

Freshman Gavin Oakley said, “I think they could have gotten someone better that more people know.”

A similar thought was expressed by freshman Leah Voit, who said, “I didn’t know that Sean Kingston was still an active performer. It’s not really my music of choice, but it’s not awful. I’m basically indifferent.”

There were some more negative views of the selection, like that of sophomore Alex Yaple, who conveyed disappointment.

“Well I won’t be going to Spring Fest this year because he is the performer this year. I thought that Mercyhurst was doing a good job picking bands to play, and I was a bit disappointed this year with their choice,” he said.

Though some students are not ecstatic about the news, many still think it will be a fun experience.

Freshman Stephanie Gentile has seen Sean Kingston perform before and she said, “It was pretty good, a really high energy performance.”

Kingston will perform Friday, May 4, on Mercyhurst’s campus.