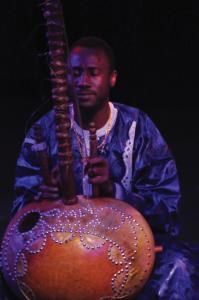 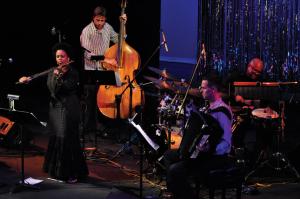 Tyler Stauffer photoRegina Carter jazzed up the Mary D’Angelo Performing Arts Center on Friday, Oct. 2 with a performance that could hardly be considered anything but a great success.

With ready applause throughout and an immediate standing ovation, Carter and her band of talented musicians seemed to earn the approbation of their listeners.

As Michael Fuhrman, the director of the PAC, stated in his opening address for the concert, Carter is a musician answering “a muse of beauty, making a significant contribution to the world of art.”

The concert opened with a melodious and flowing musical number with a title that translates as “Friendship.” This song will be featured on Carter’s new album “Reverse Thread,” which is slated for release in January 2010.

“We like to start with this song so we know we are relaxed and at home,” Carter said.

Carter then turned up the heat a bit with a piece telling the story of a man experiencing unrequited love.

The driving, energetic percussion by Alvester Garnett and changing dynamics throughout made this an especially riveting piece that featured solos for both Carter on violin and Yacouba Sissoko on kora. 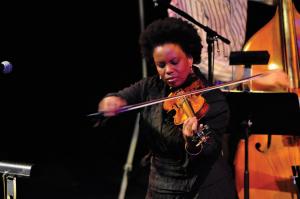 Based on interviews of Detroit residents from the ’20s and ’30s, including Carter’s mother, this piece hails back to the jazz age in a particular dance club that allowed the mixing of races in a segregated city.

The audience seemed to especially enjoy this number, with many listeners clapping along to the beat as the song progressed.

Throughout the concert the musical selections balanced each other well, with a good portion of lively and energetic songs countered by more contemplative and soulful compositions. 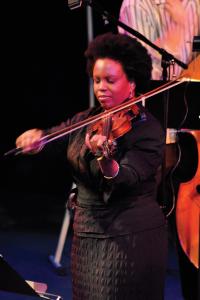 Tyler Stauffer photoPieces such as bassist Chris Lightcap’s arrangement of the traditional Ugandan song “This Child Will Never Walk” and “Kothbiro,” a work that was featured in the movie “The Constant Gardener,” were balanced by more lively numbers such as “Mandingo Street” and a vivacious Madagascan song celebrating the accordion.

The duet “Oblivion” between Carter and accordionist Will Holshouer, with all its yearning and tension, also added variety from the many multiple instrument compositions in the concert. 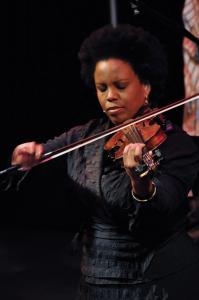 Tyler Stauffer photoFinally, Carter closed the concert with “Artista,” a call for support of artists that was a fun and lively piece including solos that, although perhaps a bit long, featured the impressive skill of Carter on violin and Lightcap on bass.

Many positive comments were delivered by those in the audience.

Sophomore Erin Werstuik said, “I really liked the kora – I want to play it. The accordion was also great.”

“The accordion was definitely my favorite,” sophomore Christina Borelli said.

“You could really sense their passion for their art in the way that they played. How much they love what they are doing definitely showed in their performance. The concert was also beautiful overall,” junior Samantha Williams said. 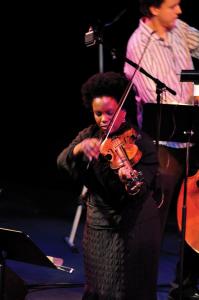