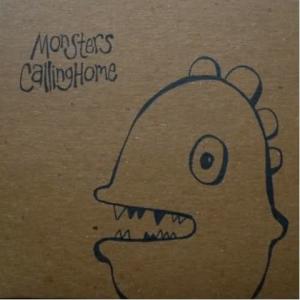 The first thing that caught my attention about this band was the cover for “Mr. Brightside.” The best way to describe this cover would be that it was stripped down, but not in any way left hollow.

The album’s title track, “Monsters Calling Home,” really shows the skill of this band when it comes to composing a song, with slow harmonized male and female vocals in the beginning, to the explosion of the entire band during the chorus.

The last song that really caught my attention was “Goodnight Moon.” The song is surprisingly happy, attached with a folk song feel. It was written for lead singer, Alex Hwang’s family.

The only issue I have with this album is the phrasing used on “Mr. Brightside.” It felt a little choppy on some parts.

Despite that small issue, this is a great EP considering it is the band’s first. It boasts enough variety in the songs so that they don’t blend together and Alex’s creative lyrics will keep you pondering what morals or meanings are hidden within. So I suggest everyone ought to check it out.