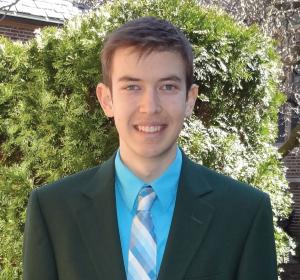 Contributed photo: Griffin was nominated as Laker of the Month.

The very first Laker of the Month is none other than junior Jacob Griffin, a forensic anthropology major from Danville, Iowa.

Griffin broke an 8K school record with the men’s cross country team and earned All-Conference honors during the past month of October.

In addition to his athletic achievements, Griffin is also an exceptional student by maintaining a consistently high GPA in all of his classes.

“I am extremely thankful for being nominated for Laker of the Month,” said Griffin. “I believe that being recognized by faculty and staff for hard work is better than any grade or award.”

When asked about what Griffin thinks about the new Laker of the Month award he said, “I find it really great and exciting that Mercyhurst students are being recognized for all of their hard work and dedication.

“College is about more than just going to class and getting an education. It’s important to get involved and give back to your school. Some of the best memories are those you make being involved with clubs and organizations.”

Griffin is known to be an absolute pleasure to work with and is liked by his peers, professors, teammates and his colleagues.

Congratulations, Jacob, and keep up the good work.