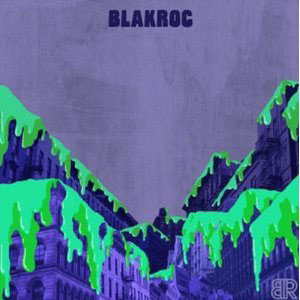 The award-winning group The Black Keys has really made a name for themselves in the music industry with their electric, down-home blues-rock.

This two-person group, made up of vocals and guitarist Dan Auerbach and drummer Patrick Carney, has always been know for their innovative sound.

In 2009, they took innovation to a whole new level when the duo decided to produce a rap rock album titled BlakRoc.

This album is structured with The Black Keys doing the production work on the album (sorry they don’t rap) with a wide variety of MCs including Mos Def Ludacris and the surviving members of the Wu-Tang Clan.

This album also shows how versatile the Keys were musically, besides having the warm guitar tones and Carney’s pounding beats, it also hosts a wide variety of other instruments including vintage synthesizers.

Each of the MCs featured on this album were hand-picked by the Keys and most of them are not well-known.

The Album starts of with Mos Def on the Track “On the Vista.” This track can only be described as smooth. Mos Def’s voice blended with the smooth blues of the Keys make this one of my favorite tracks on the album.

“Ain’t Nothing Like You (Hoochie Coo)” is by far the best track on the album. This song features Jim Jones and Dan Auerbach, with their delta blues voices, on the chorus and Mos Def on working the verses.

The best part is how well all the elements blend in this song. The vintage synths in the production mixed with the fuzzy bass line create the perfect soundscape for Mos Def to build his rhymes off of. Then the chorus hits and you feel like you’re listening to an old R&B album.

This album is one of my favorite Rap albums I own. I would suggest it to anyone who has a love for The Black Keys or hip hop in general. The variety in this album will also cater to all hip hop fans whether it is old school or new school.

So do yourself a favor and check this album out if you haven’t already.