Anderson and Roe to perform in Walker Recital Hall 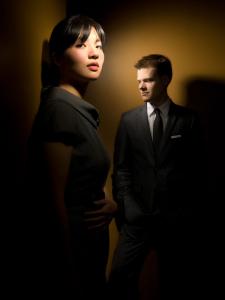 Contributed photo: Anderson and Roe are high energy pianists with extensive music backgrounds. The performance is free and open to the public.

On Monday, Feb. 11, the Mercyhurst Institute for Arts and Culture (MIAC) will present the celebrated piano duo Anderson and Roe at 8 p.m. in Walker Recital Hall.

The act consists of Greg Anderson and Elizabeth Joy Roe who are known specifically for their high-energy performances, original compositions and famous music videos.

Anderson and Roe first met at The Juilliard School in 2000, and began performing as a duo shortly after.

Since forming, they have toured in many notable locations across the globe including iconic concerts in Singapore, Beijing, Italy and many across the U.S.

They have performed in nearly every venue in New York City, including the famous Carnegie Hall.

The pair’s remarkable vision for the advancement of classical music has earned their invitation to present at many international leader symposiums, including the Entertainment Gathering, the Imagine Solutions Conference, and Mexico’s Think Tank Festival for Brilliant Minds.

They have received such reviews as “Fred Astaire and Ginger Rogers transposed from the dance floor to the keyboard,” from the Southampton Press and “the intense synchronization of genius,” a statement made by ThirdCoast Digest.

The duo left a magnificent impression at Juilliard, and have also directed the innovative and highly renowned project titled “Life Between the Keys.”

The project featured the entire piano class of 2004 at Juilliard. The collaboration created a chronicle of the class’s Juilliard experience in one large program of piano music.

For Monday’s performance, students can expect an intense and exciting display of classical music, featuring original compositions by the duet. Musicians across campus anticipate a passionate and invigorating presentation.