Backstreet Boys are back in business 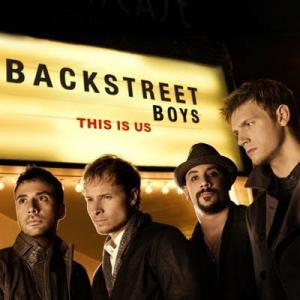 Contributed photoAs a girl growing up in the ‘90s, I was swept up in the ever-important boy band phase.

I miss the days of fighting with friends over whether *NSync or Backstreet Boys were better, and once that was settled, which member was the cutest.

Although the days of boy bands seemed to be long gone, good news is here.

Yes, the Backstreet Boys are back with a new album – try to keep your excitement to a minimum.

The album, titled “This Is Us,” is the group’s seventh studio album, their second album as a four-piece and features a guest appearance from T-Pain and a few songs co-written with Ryan Tedder of One Republic.

It includes 11 songs, ranging from pop to techno, with the occasional ballad.

On first listen of the entire album, I was pleasantly surprised.
The group still manages to produce radio-worthy tracks that, let’s face it, will most likely make you dance and sing along.

The first song on the album, “Masquerade” is an upbeat tune that pretty much chronicles a night out at the club.

Its beats and rhythm could classify it as a definite guilty pleasure.

The album’s title track is a song that doubles as a comeback track for the band as well as a classic song about a relationship.

“Straight Through My Heart” is the group’s newest single.
The music video, which is vampire-themed, features an all-new choreographed dance, which can only mean that it is just one of many to come.

One of the ballads on the album is titled “Bigger” and talks about an uneven relationship where the girl is ‘bigger’ for staying with an irresponsible boyfriend.

My least favorite song on the album is a track called “PDA,” as in Public Displays of Affection.

The track is, in my opinion, unnecessary.

It is the last song on the album, and could have very well been cut from the final track listing.

No matter your opinion on PDA, I think we can all agree there’s no need for a song about it.

My overall review of “This Is Us” is surprisingly decent.

The amount of good songs greatly outweighs the bad ones.

The lyrics are slightly elementary, but the album is focused more on the music itself, as many pop albums are today.

If you are looking for a serious album with deep, meaningful songs, this might not be for you.

However, if you’re curious as to what the Backstreet Boys have been up to or if you need new dance beats to blast in your car, “This Is Us” just might be the answer.