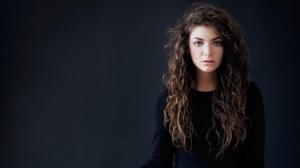 www.npr.org photo: Up and coming New Zealand vocalist, Lorde, releases her first album, Pure Heroine, with interesting vocals and rare sounds that are bound to impress.

In a very strong year for music, a very unusual prospect came out on top of the competition: 16-year-old Lorde.

Discovered at age 12 by Universal Records, Lorde has recently released her debut album, Pure Heroine, which might be just as addictive as the name suggests.

The record, spanning an hour across 10 songs, feels like a breath of fresh air for the ears polluted with the typical formula of pop music.

Having written most of her songs, Lorde delivers minimalistic beats and smooth vocals that will never cease to replay inside your head.

The album’s lead single, “Royals,” sets an incredible stage for Pure Heroine, with sultry vocals that will certainly remind some of other indie successes of our decade, namely Lana del Rey, as well as lyrics that bring back memories of some of the original pop queens.

Be wary, though, she might never be a royal, but Lorde’s on her way to sitting at the throne of pop culture.

Personal favorites include songs like “Buzzcut Season” and “Glory and Gore,” both depicting the New Zealander’s strong vocal range and songwriting maturity. Other tracks, like “Team” and “400 Lux” remind us that she’s still a young girl looking to have fun through catchy beats and overall exciting verses.

That being said, there is one track that stands out beyond the other nine, just as strong as each other.

“Tennis Court” certainly is one of Lorde’s many masterpieces to come and it packs one heavy punch. From the harmonies that bring out the power in lyrics like, “I’m only as young as the minute is,” to the smoothing synth going into the instrumentals, this might be game, set and match for the singer.

Not only is her concept fresh, but she is also very passionate about her work.

Lorde serves as a reminder that not all pop music has to be overly complex or loud, because sometimes a soft-spoken lady like her can sing louder than any roar or any applause.