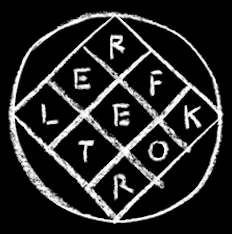 exclaim.ca photo: Arcade Fire released their new album, “Reflecktor” that has a unique mix of rock tunes with dance-worthy rhythms.

Through rock history, bands have been releasing double EPs such as The Beatles White Album or Led Zeppelin’s Physical Graffiti.

This album is broken into two disks and was first inspired by trips to Haiti as relief workers that band member’s Regine Chassagne and her husband frontman Win Butler took.

The inspirations, mixed with several disco and dance rhythms, are used to create songs like “Here Comes the Night Time” or “We Exist” with its Billie Jean bass line.

If the dance elements seem off putting to you don’t worry, Arcade Fire still can rock. Songs like “Normal Person” have a level of distortion that only Jack White has achieved.

This song is also a prime example of Butler’s ‘uneasy about life’ writing style. He starts the song off with “Is anything as strange as a normal person/ is anyone as cruel as a normal person.”
Disk one ends with “Joan of Arc,” which starts off as a punk song set at a breakneck time signature which almost effortlessly turns into a stadium worthy rock anthem that replicates the work of U2.

Disk two of the album focuses on another dominant theme of this album: the Greek myth of Orpheus and his love Eurydice (which is also depicted in the album artwork).

The song “Awful Sound (Oh Eurydice),” which not only is one of the albums best songs, feels like the band decided that they wanted to make something that could stand up to “Hey Jude.” If you ask me, they sure came close to reaching that goal.

It is then followed by “It’s Never Over (Oh Orpheus),” which acts as Eurydice’s response to Orpheus.

This song has a much more playful sound to it with its synth swells and Regine calling out “Hey Orpheus.”

I was a little skeptical when Reflektor was called Arcade Fire’s version of Radiohead’s OK Computer.

I wasn’t sure if the band was able to produce something as iconic as that album. After listening to this album just once, I can confidently say that they are not lying.

This album is a piece of art the whole way through and will have you wanting to listen on repeat for days.