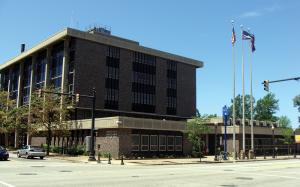 If any Merciad readers remember as far back as Nov. 12 of 2013, they’ll remember that we posted a story about History Professor Chris Magoc, Ph. D., and his project “Erie Places, Erie Stories,” that was displayed at Erie City Hall.

Since that time, the project has concluded and the photographs taken during the course Intro to Public History have gone on sale and Magoc himself couldn’t be prouder.

“I was deeply impressed by the ability of the students to rise to the occasion and produce high-caliber work on what really evolved into an upper-level project,” he said.

While the class was only an introduction to Public History, the students experienced a wide range of what the difficult and, at times complex, discipline has to offer: “conducting oral histories, logistics of funding, [and] curating and managing an exhibit.”

The idea of posting a public history of the City of Erie may sound strange to some students who only know it for its terrible weather, or its bar and club scene. But the city has a rich history of immigration, industry, and even some aspects of organized crime.

The project incorporates aspects of that history, including such neighborhoods as Little Italy, Polonia (Polish neighborhood on the East Side of Erie), and worker housing units in Lawrence Park. Overall, in the course of the project, the students were left to do their own work after a small set-up period.

Magoc helped set up some of the connections for making the oral histories and wrote a small grant to help fund the exhibit, but the students overall were left to run the project on their own and they did so exquisitely.

For a city with such a rich and under-appreciated history, this project is just what it needed to shed some light on the spectacular history of rise and decline that comes with cities across the Eastern and Midwestern United States.

One can only hope that the students who participated, and all those people who view the exhibit will take care to preserve the places of this city and the history they embody for future generations.