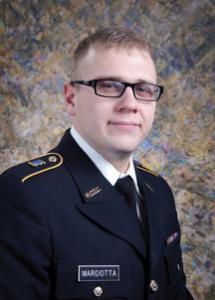 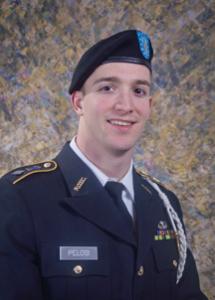 On Sept. 1, 2010, Eric Pelosi officially joined the Mercyhurst University ROTC program. One year later, as a sophomore, William Margiotta joined the program. Now four years later, they will both graduate with high honors.

Distinguished Military Graduate (DMG) has been awarded to Pelosi, an Intelligence Studies Major with a Russian minor. Distinguished Military Student (DMS) has been awarded to Margiotta also an Intelligence Studies Major. Both cadets will graduate as commissioned second lieutenants and have made the “Pride of PA” Battalion very proud.

As a DMG, Pelosi performed better than 75 percent of 5,400 cadets across the country. The criteria for the honor include academic proficiency, performance in the 30-day Leader Development Assessment Course (LDAC) and success in the Army Physical Fitness Test. Pelosi is the Cadet Major and oversees operations and training of cadets in the “Pride of PA” Battalion including members from Mercyhurst, Gannon and Penn State Behrend.

“It’s one of the more difficult positions in the battalion, but I find it rewarding,” Pelosi said.

Also, as team captain of the Ranger Challenge Team, Pelosi lead the fitness team to jump 13 places in the competition overall and win in their heat for the 10k Ruck Run.

Through summer programs such as Airborne School and the Cultural Understanding Language Proficiency Program, where he traveled to Togo and Lithuania to teach English, Pelosi has immersed himself into his future as a military officer.

After graduation, Pelosi will serve his country in military intelligence.

Joining the military has been something Margiotta has wanted to do “for as long as he can remember.” A family friend who was a colonel in the Army was a significant influence.
Margiotta is the Mercyhurst company commander in charge of overseeing all of the training of the cadets in the Mercyhurst branch of the “Pride of PA” Battalion. As a company commander, he plays a vital role in preparing cadets for their futures in the Army. The training they acquire now may very well prove to be life-saving in their future. Margiotta will serve as an infantry platoon leader after graduation and training.