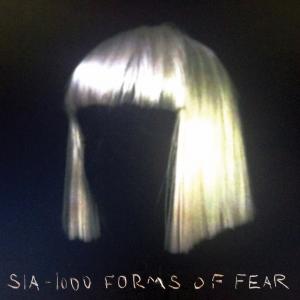 This summer, an industry magnate released an album that shocked the masses with a combination of talent, intrigue and emotion.

She’s written songs for artists such as Beyoncé, Britney Spears and David Guetta.

Her music is innovative and has taken artistry to a new level through the release of her album.

Before anyone jumps to conclusions and says that it’s someone who’s very well-known, it’s actually somewhat of a newcomer—and her name is Sia.

‘1000 Forms of Fear,’ Sia’s first leap into the American spotlight, is far from conventional, but it’s also far from short-lived.

From a history of dance tracks such as David Guetta’s “Titanium” or Flo Rida’s “Wild Ones,” Sia shows us that she’s capable of way more than that, exploring a range that goes from ballads to more pop-rock sounds in a matter of seconds.

The album, released in July, is peculiar because of Sia’s approach to it—through the album, she is trying to create a “brand” for her blonde hairstyle, which is all audiences who have seen her perform have gotten to see.

By removing her face from the equation, Sia makes it all about her voice.

“Chandelier,” the lead single off the album, vividly narrates a story of having too much fun and a history of alcoholism while painting the image of excess in the background.

The beautiful thing about Sia is that she’s not afraid to dig into herself and pour it all out in her lyrics, which is only highlighted by her incredibly powerful voice.

The music video, which went viral after its release, features 11-year-old Maddie Ziegler, a name many may recognize from the hit series “Dance Moms,” performing a choreography that I can only describe as magnificent.

Focusing on her was a smart idea on Sia’s behalf, as her talent at such a young age and the beauty of the choreography only highlights the emotion of the song itself.

Sia’s powerhouse of a voice is prevalent through the entire album, adding pain and emotion to songs like “Big Girls Cry,” “Straight For The Knife,” and “Cellophane,” which shine for their darker themes.

Lyrically, Sia is nothing short of genius.

Having written songs like “Diamonds” for Rihanna and “Pretty Hurts” for Beyoncé, she is definitely not new to songwriting.

This prowess shines in every song, although “Elastic Heart,” which features The Weeknd and Diplo, and “Free The Animal” take the crown for their use of intriguing metaphors to describe her emotions in chants of “this love immortal is an assassin’s delight, just blow me up or run me down or cut my throat” and the metaphor of her heart as an animal to describe the intensity of her affection.

That being said, though, there is one track that outshines every other one in the album to the point where I will dare call it Sia’s magnum opus.

“Dressed In Black,” the final track in ‘1000 Forms of Fear’, consists of incredible lyrics, a haunting melody and six minutes and 41 seconds of pure energy and sadness.

The song describes her relationship with filmmaker Erik Anders Lang, which had to pick up from the death of her previous lover in a car accident, painting the picture for some of the more emotional tracks in the album, including “Eye Of The Needle.”

Without hesitation, Sia carries an extremely powerful album by belting out strong notes and vocal breaks, a technique that only adds to the pain and emotion of most of the songs in the album.

Her lyrics are extremely well-thought and the work on instrumentals is exquisite, making ‘1000 Forms of Fear’ my personal bet for the album of the year.