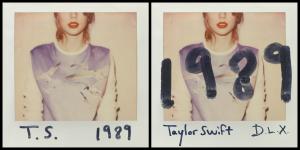 Well, Taylor Swift fans, “Everything Has Changed,” and they have definitely changed for the better.

T Swift, country music’s sweetheart, has grown up and changed her sound.

On Monday, Swift’s fifth album, “1989,” was released and is the first to have no country sound.

The album sold more than 400,000 copies in the first 24 hours, according to Pop Weekly.

The album’s first single “Shake It Off” was a major hit when it was first released.

With that song’s video, Swift made it quite clear this wasn’t just another “mainstream” pop album.

In the video, she dances amongst hip-hop dancers, messing up all the moves.

Towards the end of the video she shows her true self: a confident woman dancing with her friends.

Everything about this album was different.

Swift left behind Nashville and moved to New York, taking on a new musical persona, as well.

The album’s first song, “Welcome to New York,” is obviously all about the Big Apple.

It seems to really capture the idea of moving and everything the big city is about- becoming someone new.

“Blank Space” and “Out of the Woods” were probably my two favorite songs from the album, both about love but with two different directions.

“Blank Space” is all about a new relationship, being young and new beginnings.

“Out of the Woods” is about an ended relationship.

While we are all used to Taylor Swift’s break up songs, this one was different.

It wasn’t about placing blame; it was about remembering the good things from a relationship that has ended.

All in all, this entire album had me dancing around my apartment like a fool for several hours.

This album is definitely one of Swift’s best albums.