Train rolls back to roots with new album 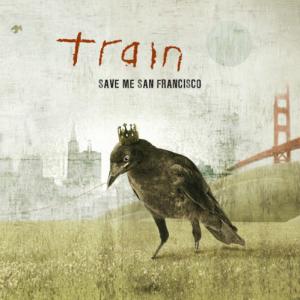 Contributed photoTrain is back with a new album called “Save Me San Francisco.”
Since forming in San Francisco in 1994, the band has released five albums.

The members include Scott Underwood, Jimmy Stafford, and Erie-born Pat Monahan. For their fifth studio album, the band returned to their San Fran roots to make an album that would outshine all of their previous releases.

In my opinion, “Save Me San Francisco” does just that.

The album features eleven tracks, including the usually poppy, radio-friendly tunes as well as slower ballads.

The title track sets the tone for the entire album with its catchy lyrics and upbeat melody. This song is definitely a straight feel-good song that would be perfect for driving and singing along.

The first single off the album, “Hey, Soul Sister,” follows the trend set by the title track. The music video for the single also features interesting words and imagery to illustrate the song lyrics, which makes the song an overall audience pleaser.

One of the slower ballads is entitled “Parachute” and features the following chorus: “…I’ll open up and be your parachute and I’ll never let you down, so open up and be my human angel and we’ll only hit the ground running.”

This song is an obvious love song that talks about the importance of support and communication in relationships.

Another slower song, “Words,” mentions how crucial certain words are in life. Although these songs might have deep meanings, they are still very enjoyable melodies.

“I Got You” is a track that begins by sampling “Black Water” by The Doobie Brothers. With such a strong opening, it is no surprise that this song is another upbeat, cheerful tune. The lyrics tell a story of fate and lost love, but in a very simplistic way.

A few other notable songs include “This Ain’t Goodbye,” which was co-written by Pat Monahan and Ryan Tedder of OneRepublic.

Last, but not least, is “If It’s Love,” which has a Jason Mraz and O.A.R. vibe throughout the verses and transitions to an open bridge before reverting back to the original verse style at the end of the chorus.

I have always liked Train, but have never really known much of its older music besides the radio singles. This will not be the case with “Save Me San Francisco,” which blends together such a great variety of sounds and instrumentations.

This is one album that I think most people will truly enjoy listening to from start to end and all over again. “Save Me San Francisco” was released on Oct. 27 and can be found in most stores or online.