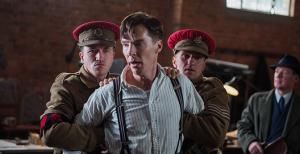 The award-winning film, “The Imitation Game,” which follows the story of the brilliant Alan Turing, the man responsible for brea: miac photo

This week’s Sunday afternoon movie playing in Taylor Little Theatre will be of the 2014 drama, “The Imitation Game.”

In the throes of WWII, the brilliant and anti-social mathematician Alan Turing, played by the brilliant Benedict Cumberbatch, delivers possibly the single biggest contribution to Allied victory.

Turing is the man who is responsible for cracking Germany’s Enigma code.

Covering this eccentric genius’ life, from his troubled adolescence to his post-war arrest as an outspokenly gay man, this film elegantly portrays a triumphant and tragic story, with Cumberbatch delivering one of the year’s finest performances.

Directed by Morten Tyldum, “The Imitation Game” has received a number of awards and nominations.

“The Imitation Game” is an incredible film worth seeing.

The film will be playing this Sunday, March 29, at 2 p.m. in Taylor Little Theatre.

Tickets are $6 for adults, $5 for seniors and students and $1 for students with their Mercyhurst ID.