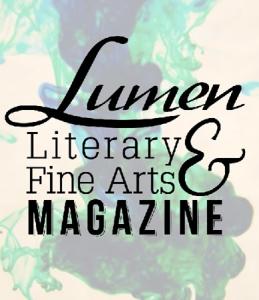 Lumen will be unveiled on Thursday at 8 p.m. in Taylor Little.: contributed photo

During the past few months, Mercyhurst University’s English Department has worked hard on the university’s 13th annual Literary Festival, which will come to an end this week with the capstone event, the unveiling of the Lumen Literary Magazine.

The Literary Festival is an important celebration on campus that consists of multiple events that celebrate all aspects of the arts.

This year the events consisted of a sit-down with award-winning Broadway actress Elizabeth Ashley, a performance of Tennessee Williams’ play “Clothes for a Summer Hotel,” and a poetry reading and Q & A from performance poet Sean Thomas Dougherty.

The ceremony on Thursday will honor three students with cash awards for creative writing, and one with the P. Barry McAndrew Award for best essay on literature.

This year’s event will be the last one directed by Kenneth Schiff, Ph.D., who co-founded the festival and is retiring after 28 years teaching in the Mercyhurst English Department.

The editors of Lumen are responsible for choosing the submissions that are published in the magazine.

They also work to edit the accepted submissions to make sure they maintain and showcase the highest level of student work.

For student co-editors of Lumen, juniors Hailey Carone and Caroline Magoc, Thursday’s events will be the conclusion of months of editing and collaboration efforts.

“The magazine has been in production since this fall, but March is when we really work hard,” Magoc said.

The editors have been meeting weekly with Schiff, who has served as the adviser for the magazine since its conception.

Lumen is a collaborative effort between several different departments.

“We work with so many other people,” said Carone. “The Graphic Design Department and English Department are a huge part of Lumen.”

This year, Lumen received many great submissions, too many to be printed in the printed magazine alone.

This year, just as last year, a flash drive will be attached to the magazine.

On the flash drive are the longer works of fiction and poetry, as well as other student works, such as dances choreographed and performed by student dancers, and photographs of student artworks.