Underwood's 'Play On' best yet

The album features 13 songs, ranging from touching ballads to upbeat anthems. The theme of the album is a split between regrets and change, relating to both relationships and, more widely, views of the world.

The album opens with the first single off the album, “Cowboy Casanova,” which was an instant hit on both country and mainstream radio. 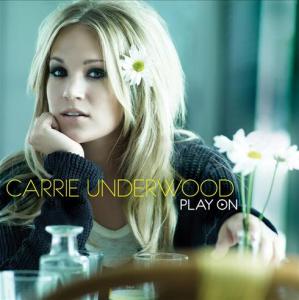 Contributed photo
My personal favorite song on the album is titled “Songs Like This.” A perfect breakup song, it boasts the lyrics, “If it wasn’t for guys like you, there wouldn’t be songs like this,” and is definitely a great karaoke song in the making.

One of the most touching songs on the album is a track called “Temporary Home.” The lyrics mention a range of people in unfortunate situations which lead them to live in foster homes and shelters. The track is very heart-wrenching and aims to raise awareness of a world we do not always see.

Another featured ballad, “What Can I Say,” is a duet between Underwood and country newcomers Sons of Sylvia. The song is sure to be a fan favorite for Underwood’s current following, as well as a breakout hit for Sons of Sylvia.

The album closes with the title track, an uplifting track about persevering and finding success.

“Play On” is, in my opinion, Carrie Underwood’s most successful album to date. It infuses pop and rock into country, appealing to a larger audience. With the wide range of styles and lyrics offered on the album, there is something for everyone, whether a country fan or not. “Play On” is overall a solid album, further supporting Underwood’s ability to hold the title of American Idol.