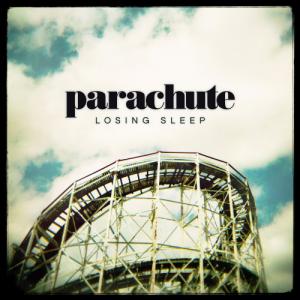 Contributed photoParachute is a Virginia-based band whose sound mixes rock, soul and R&B with a little sprinkling of harmonious pop.

The band, whose original name was Sparky’s Flaw, tore up the Charlottesville music scene with their catchy lyrics and plain, likeable tunes. After scoring the opportunity for their song “She Is Love” to be featured in a Nivea television campaign, Parachute started to make their mark.

Their major label debut, “Losing Sleep,” was released in May and answered with rave reviews.

The first single from “Losing Sleep,” “She Is Love,” is one of the more introspective tracks on the album. It is a basic love song, with a repetitive chorus that brings drama to the recording.

The second single, “The Mess I Made,” is a song written about regret and love that ends with the lyrics, “I’m staring at the mess I made; as you turn, you take your heart and walk away.”

The third single off the album, “Under Control,” tackles longing for someone, taking a protected heart and risking exposure for the sake of love.

One of my personal favorites on “Losing Sleep” is “She (For Liz).” Singer Will Anderson wrote the song for a girl he knew in college who did not know he existed. The lyrics, “…the devil on my shoulder stares; laughing that the one thing I can’t get is what I need,” define the theme of wanting something you can’t have.

For those of you in the mood for Christmas, Parachute has something for you as well. In October, the band released the “Winterlove EP,” which features three tracks including the title track, “Winterlove,” a cover of the holiday song, “What Child Is This,” and a new version of “The New Year,” one of the tracks from “Losing Sleep.”

Parachute embarks on a headlining tour with SafetySuit in January before heading overseas to continue the Kelly Clarkson tour. Parachute does not disappoint in concert; if you get the chance to see them, take it. You will not be disappointed.