Cited as ‘stunning’ by The New York Times Book Review, ‘delightful’ by The Washington Post Book World, ‘mesmerizing’ by Paste Magazine and ‘an embellisher extraordinaire,’ Rabih Alameddine, author of “The Hakawati,” has been praised by numerous other renowned sources for his works of fiction that depict the Arab culture.

‘Hakawati,’ which means ‘story-teller,’ in Arab, is Alameddine’s main focus in his novel, as the title implies. From the opening words, “Listen … Let me tell you a story,” to the very last, “Listen,” “Hakawati” illustrates three different stories, or stories within stories. 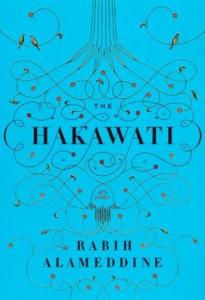 The novel opens with the story of an emir and his wife who are longing for a son. They send one of their slaves, Fatima, to a village to attain a treatment for the wife so she can become pregnant with a son. After a very long time and many trials, including bedding the lord of the underworld, Fatima returns, but not as she left: She is now a free woman, whether or not the emir and his wife want to recognize it. As the story progresses, both Fatima and the emir’s wife become pregnant with sons, but unknown to the emir and his wife, both are Fatima’s children by the lord of the underworld, commonly referred to as a demon.

A demon is usually thought of as something or someone terrible or horrific, but the term here is uncharacteristically normal. Even though Fatima’s children are technically demons, they appear to be very normal children, at least in the beginning. It seems that in the Arab culture, especially in their cultural tales, demons are not as bad as people in the U.S. tend to characterize them.

As that is unfolding, the principal story begins and is about a man named Osama al-Kharrat, who is returning to Beirut after many years of living in the United States to be with his father for his father’s final weeks of life. As more relatives start visiting, his history starts unraveling, and soon we are being told Osama’s own history: the story of his grandfather, a hakawati, and subsequently the story of his father and his father’s siblings.

Intertwined into their stories are the lives of many: aunts, uncles, great-grandparents, grandparents, cousins, and a variety of different issues, such as war, home and escaping, which Osama does. (He goes to college in the U.S. and barely ever returns to Beirut.)

The final story, which is technically a story within the story of Fatima, is the treatment of the emir’s wife so that she will have a son: Her husband has to tell her an adventure story, one of a brave and bloodthirsty warrior, and she will conceive. As we already know, he does indeed do this with the story of Baybars, who although is bloodthirsty and lusts for battle, also fights in the name of honor and is anything but a villain. As with Fatima, Baybars starts out a slave and ends up royalty.

All three of the stories being told have parallels, some interesting and some simply confusing. In all of the stories the main characters (Fatima, Osama’s grandfather and father, Baybars) start out poor and destitute and end up with wealth not only monetary but also of the heart and mind. However, the repetition of possibly common names such as Fatima and Layla can end up confusing the reader of which story they are reading if they are not paying close attention.

“Hakawati” is an amazing portrayal of Arab culture from multiple viewpoints — that of traditional stories and fables that have moral meanings and actual characters that describe their lives. Much can be learned from reading these stories, as they are rich with apt descriptions about the details of Arab life, including dress, habits and living conditions.

Besides sometimes confusing the reader with the repetition of certain names, the only other disagreeable part of this manuscript, at least to me, was the manifold focus on perverse vulgarities. The mention of certain body parts and their uses were, to some extent, rather unpleasant and unnecessary.

Alameddine is indisputably a vivid and evocative writer who deserves praise and should without doubt be recognized for his works. His other novels include “I, the Divine,” “The Perv” and “Koolaids.”