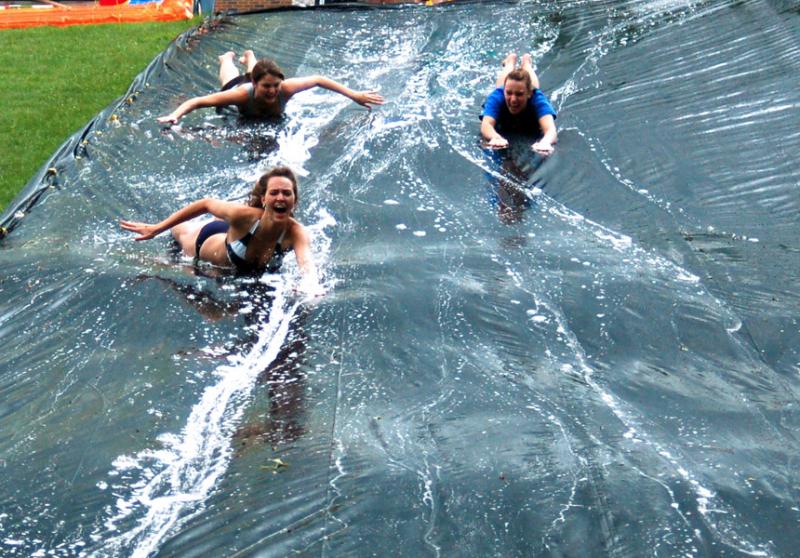 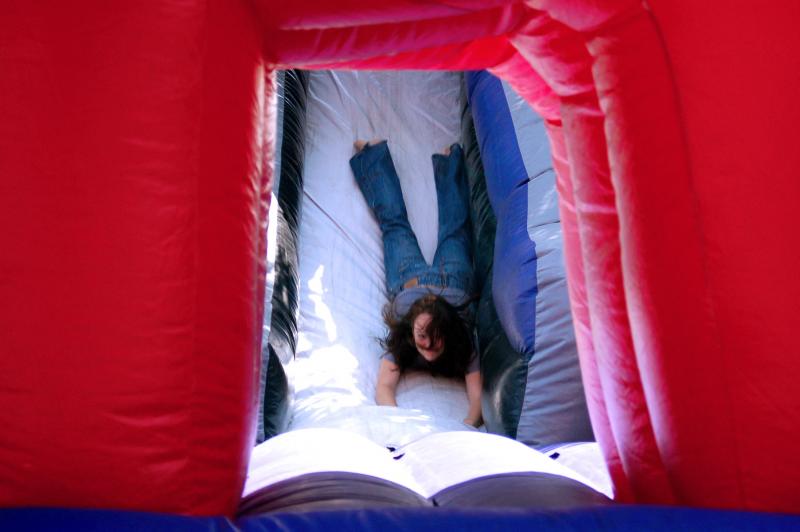 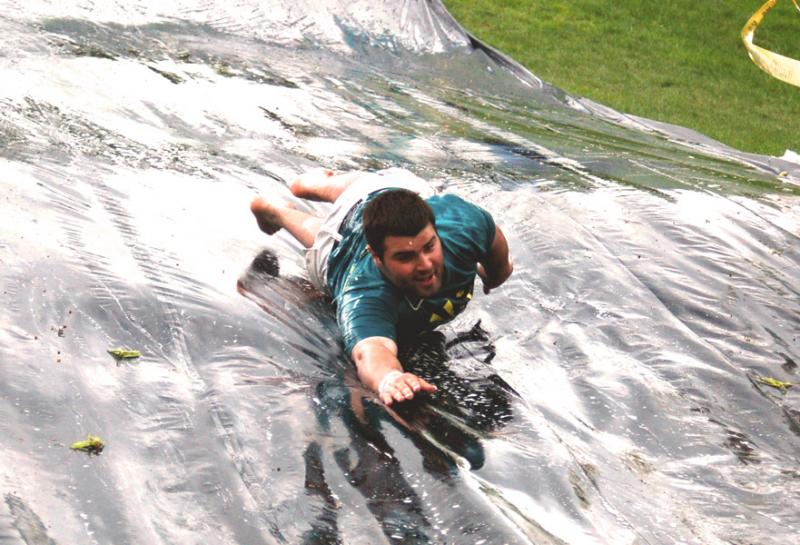 Senior Nick Marcellino made a splash. 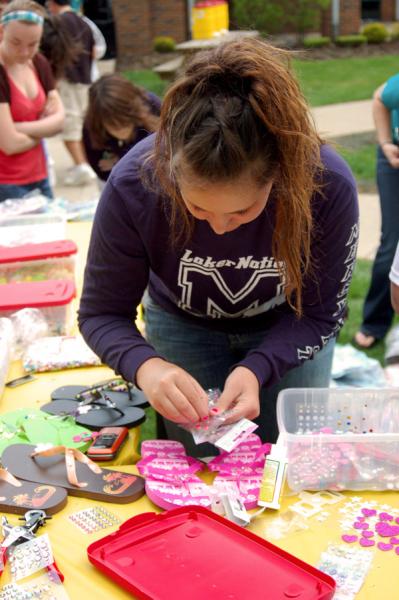 "Third Eye Blind was the best band choice since I’ve been here, but it was too hot to enjoy." Chris Duval, senior

"I didn’t like that they played so much of their new music. I wish they had played more of their old music that everyone knows, but overall, it was a lot of fun." Alex Stacey, freshman

"The inflatables were a great way to spend the day during the halftime of the spring football game, and the concert was amazing even though it was extremely hot and sticky." Randy Tucker, senior

"I usually like Third Eye Blind, and I saw them at Behrend last year and they were a lot better. They played too many new songs." Jenna Golden, senior

"I believe Springfest was a great weekend of events. Unfortunately on Saturday, the bad weather would not hold out on us, but overall I believe students had a lot of fun." Vicky Fleisner, senior

"It was my first concert experience and was really fun. I was surprised that his vocals were so good. Mercyhurst should definitely get similar bands like Third Eye Blind in the future." Liz Zurasky, freshman

"I wanted to go [to Springfest], but my friends were more content staying in because it was so cold, but the concert was awesome." Caitlin Roberts, senior