To anyone who really knows me, it is no secret that I am a Jonas Brothers fan. In fact, I have been one since before their rise to fame. However, this article is not about them or the throngs of screaming girls usually seen running after them. It’s time to forget all of your (negative) thoughts about them and turn your attention to Nick Jonas & the Administration. This side project consists of Nick Jonas playing the role of frontman, backed by Jonas Brothers’ producer John Fields on bass, and former Prince band members Michael Bland on drums, Tommy Barbarella on keys and David Ryan Harris and Sonny Thompson on guitar. 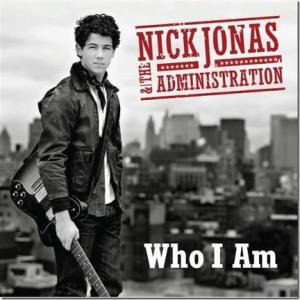 Nick Jonas, who cites Prince, John Mayer, Elvis Costello and Bruce Springsteen among his influences, has hit it out of the park with his solo effort. One of the opening songs, “Olive and an Arrow,” might sound a lot like a certain John Mayer song, but imitation is the highest form of flattery, right? Although the Mayer influence is a little strong for some critics, the lyrics and feel of the song focus more on the new maturity Nick Jonas hopes to bring to the music industry.

“Last Time Around” is an extremely catchy, pop-funk tune that has been received very well by crowd sing-a-longs across the country.
Not to disappoint the hardcore fans, Nick Jonas & the Administration also threw in a stripped-down version of the JoBros single, “Tonight.”

Keeping the mellow ballad vibe going is “Vesper’s Goodbye,” a ridiculously well-written song about the important people in life and making any conversations and amends before your last days. The album ends on a strong note, with the band’s first single (and title track), “Who I Am.” Centered on the natural sentiment, “I want someone to love me for who I am,” the song is highly relatable to those who listen. From Nick Jonas’s point of view, it is almost a cry out for music lovers to take him seriously as a musician. Frankly, after listening to the album, I think it might be hard for critics not to admit that Nick Jonas & the Administration is here to stay.