How often is a movie presented that captures the attention of more than a select handful of people?

There are sports movies and chick flicks, action films and documentaries, and we’ve all probably fought with someone, at one point or other, on whether to spend that precious $20 on the comedy or the latest apocalypse film.

It seems fitting, therefore, that amid the stress and craziness that comes the week before finals, when 99 percent of the Mercyhurst population just wants to go home, that there is a film showing that can provide an enjoyable respite to more than a small group of us.

This week’s addition to the Guelcher Film Series, “The Damned United,” is a sports film, a documentary and a comedy all rolled into one. It tells the story of legendary British football coach Brian Clough, but it is unique in that it focuses on his humiliations and disappointments. 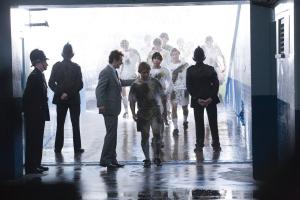 The premise of the film surrounds Clough’s replacement of Don Revie as manager of the Leeds United club; Revie, meanwhile, is off to lead the English national team. The differences between the two men are as striking as they are hilarious. As A.O. Scott of the New York Times describes it, “Revie, solid and phlegmatic, is an English bulldog of the old school, while Clough is more like a rooster, crowing and strutting in pursuit of his own celebrity.”

“The Damned United” gives a unique perspective on the proceedings, using the football field as a metaphor for the conflict taking place behind the scenes, rather than the site of conflict itself.

The film gives us an intimate view of the politics, money and ego which are as much the real players of the game. The film also focused on the conflict between the old ways and the new, a conflict which permeates all of Britain.

The premise of next week’s Guelcher Film Series selection, “The Garden,” is an event most of us were too young to remember — the Los Angeles riots in the spring of 1992. They were sparked after the acquittal of four police officers, who were charged with beating African-American ex-convict motorist Rodney King following a high-speed pursuit. The riots took place throughout America, but the worst casualties and damages were concentrated in South Central Los Angeles. 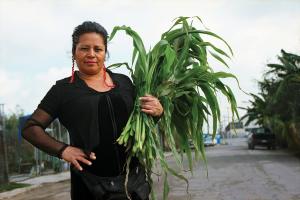 pac.mercyhurst.edu Photo
Following the conflict, the city of Los Angeles offered a 14-acre plot of land to the community of South Central as a means to start the healing process that followed such devastation. The land became a kind of rallying point around which the community gathered. The garden flourished, along with the people’s sense of well-being, becoming a source of physical, mental and spiritual fulfillment.

When the land is bought by a wealthy investor, and for far less than it’s worth, the people of South Central fight back. While the documentary is unabashedly sympathetic of the South Central community, it also does a fabulous job of showing the multiple facets of the conflict. It becomes obvious soon enough that the garden, while undeniably precious to its caretakers, is only a stage on which much deeper resentments play themselves out.

Differences of race and religion clearly underline the proceedings: The head of the outwardly dubious community group is black; most of the farmers are Latino; the developer is Jewish.

The obvious dedication of director Scott Hamilton Kennedy gives another, deeper dimension to the film. He is unrelenting in his depiction of the events: He is present at the riots which nearly break out between protesters and the police – a cruel irony, as the garden was originally established in the aftermath of a similar conflict. Kennedy’s work also allows us to witness the actions and reactions of the community, of the devious political deals going on behind closed doors and ultimately the court case which decides it all.

Tickets for both movies are free for Mercyhurst students with their IDs.